Lucy the Elephant is fully renovated and ready for visitors

The beloved Margate roadside attraction has reopened after 15 months of restorations, but a formal unveiling will take place Wednesday night 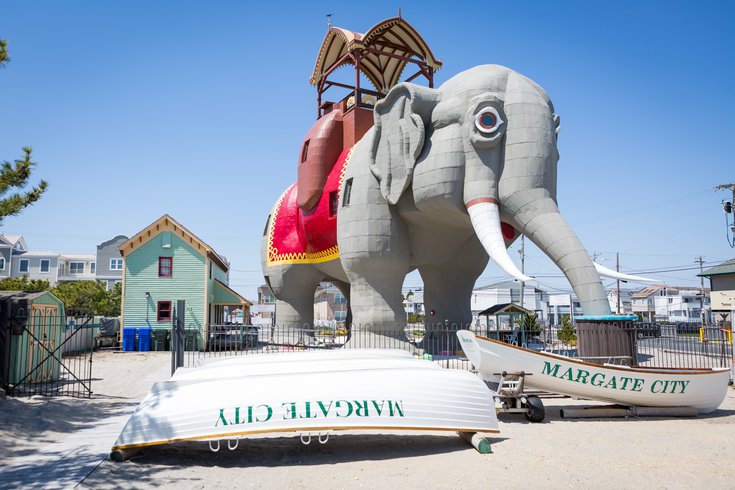 Margate, New Jersey's 140-year-old Lucy the Elephant underwent a 15-month restoration project that cost $2.4 million. This is file photo of Lucy, the oldest roadside attraction in America, taken prior to the repair work.

Margate's most famous 140-year-old elephant is ready for her close-up.

Lucy the Elephant, the Jersey Shore town's historic roadside attraction, will be unveiled to the public Wednesday night after 15 months of renovations. She received a new metal exterior as part of the $2.4 million restoration project, funded through a combination of donations and grants from the New Jersey Historic Trust and the National Park Service.

When the work began in September 2021, it was expected to take only nine months. But the restoration hit some stumbling blocks, including leaks revealed by a water test last month.

Lucy has been open since last week, according to her Instagram page, but Wednesday marks her official return. The unveiling kicks off at 5:30 p.m. with a performance by local musician Dan Walsh, who composed a song for the beloved six-story attraction. Lucy will then "be showered in a spectacular display of light" — and after all those tests, rest assured she will not leak.

Lucy the Elephant has been luring people off the highway since 1881. She is the oldest roadside attraction in America, and the only remaining elephant-shaped structure in a set of three built by Philadelphia real estate developer James Lafferty. Originally named Elephant Bazaar, she was billed as "the only building in the world in that novel form," by Camden's Courier Post in 1882.

Roughly 100,000 visitors climb aboard her back each year for views of the Atlantic Ocean.

Lucy's fans saved her from demolition in the 1960s, and they've rallied around the iconic elephant once again with this latest project. Her supporters include Deanna Martin, the daughter of Rat Pack crooner Dean Martin, who hosted a benefit concert for Lucy's renovations earlier this month.