Lymphatic drainage has become a popular wellness trend, but does the practice actually work?

Studies have shown that certain techniques may have benefits, but other research isn't as conclusive 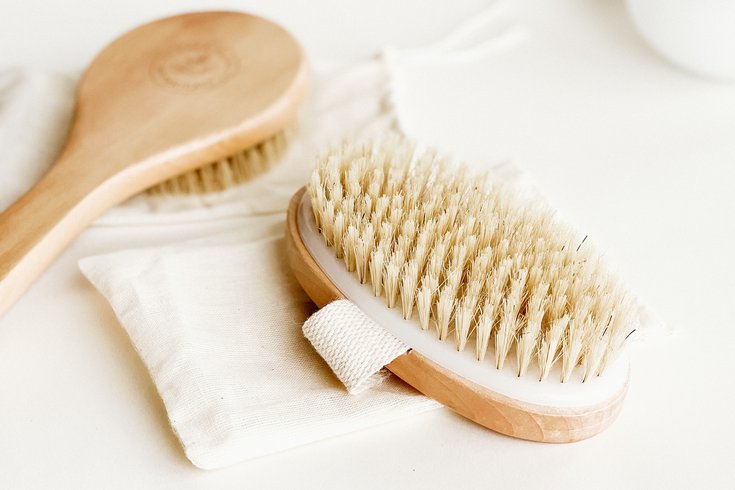 Dry brushing – a technique where you use a stiff-bristled brush to massage in small circles all over the body – clears out any potential blockage in lymphatic flow, fans of the technique say.

Wellness practices like dry brushing, body scraping and Gua sha have gained in popularity over the past few years as a way to maintain a healthy lymphatic system. However, experts still aren't sure if these methods actually work.

The techniques are all touted as ways to improve the circulation of the lymphatic system – a network of tissues, vessels and organs that work together to move a colorless, watery fluid called lymph back into the bloodstream.

Lymph is excess fluid that leaks from the body's blood vessels into tissue. The fluid carries food to cells and helps create new tissue, while collecting bacteria, waste products and damaged cells. Most of the fluid eventually returns to the bloodstream via the veins, but some of it can build up in the body's tissue.

It's the lymphatic system's job to collect the lymph and move it to the lymph nodes, so that it can be filtered of toxins and recirculated into the bloodstream.

Improving lymphatic circulation is thought to reduce puffiness and detox the skin to enhance appearance and health – at least according to testimonials on TikTok and Instagram that have accrued millions of views. Celebrities like Gwyneth Paltrow, Chrissy Teigan and Elle Macpherson also have personally attested to its effectiveness.

The idea is that the sweeping motion of dry brushing – a technique where you use a stiff-bristled brush to massage in small circles all over the body – clears out any potential blockage in lymphatic flow. Gua sha involves scraping a stone or metal tool along the contours of the face, and body scraping is similar but includes the whole body. Jade rolling uses a rounded tool over the face to push lymphatic fluid toward the lymph nodes, so that it can be filtered back into the blood stream.

A healthy lymphatic system is necessary for proper immune function and cellular heath, Shan Liao, an associate professor of immunology at the University of Calgary in Alberta, Canada, told The New York Times. Lymphatic fluid isn't pumped like blood, instead, its flow is stimulated when we breathe, stretch and move.

When there isn't proper flow, the fluid can build up in the body's tissues, causing swelling or lymphedema. A person with lymphedema may experience tightness or heaviness in the limbs, which can restrict range of motion. There also can be changes in skin thickness or coloration.

Cancer patients and people recovering from surgery are the most at risk for lymphedema, experts say. Sometimes, a tumor will block lymph vessels or radiation energy damages them. There also is a risk during surgery that an incision could damage the lymphatic system.

About one in 100,000 people have genes that put them at risk for developing chronic lymphedema in childhood or early adulthood. When left untreated, lymphedema can weaken a person's immune system and make them more prone to recurring infections.

Lymphedema is treated by manual lymphatic drainage massage in which a therapist lightly rubs and taps on certain body parts to encourage lymph movement and drainage. The Cleveland Clinic says it's a two-step process. The first step is to release the lymphatic fluid built up in the body, and the next step is to move it into your lymph nodes. The massage should only be done by a licensed professional.

Some studies on breast cancer-related lymphedema have suggested that this type of lymphatic drainage massage is effective, but others say the evidence is still not clear, because many patients see improvements with or without it. Some researchers note that it also might reduce swelling in arthritis, fibromyalgia and could reduce migraine attacks.

Lymphatic drainage massage is usually just one part of complete decongestive therapy to reduce swelling caused by problems in the lymphatic system. The other three parts are compression by either clothes or bandages, exercises that help stimulate drainage, and skin care strategies to treat conditions that can result from the swelling.

While healthy people generally do not need balancing of their lymphatic system, lymphatic drainage massage has also become a popular wellness practice for improving the appearance of skin and bolstering the immune system. The idea isn't new, it stems from traditional Chinese medicine and alternative medicine practices like naturopathy and Ayurveda.

In Ayurvedic practice, dry brushing – called garshana – is used to exfoliate dead skin and help encourage lymphatic drainage and circulation. People should never dry brush over moles, warts, or raised bumps, dermatologists say. Research on this technique is very limited, but advocates of the practice say it does exfoliate the skin, boost circulation and can temporarily reduce puffiness and the appearance of cellulite.

Gua sha, which translates to “scraping disease,” can reduce the appearance of cellulite and make skin look more toned and healthy. While there have not been many actual studies done on the practice, one randomized controlled study found that it improved neck pain after one week. Another study found similar pain reduction after 2 weeks.

Overall research on these techniques has been limited and based on a small number of study participants. So, should you try it? Lymphatic massage is generally considered safe for most people, experts say. However, lymphatic drainage can be dangerous if you have an infection, congestive heart failure, experience blood clots or stroke, have cancer in the affected area or have liver or kidney problems.

Doctors say that the best way to maintain lymphatic health is to move your body regularly, eat healthy and practice deep breathing. Always talk to your health care provider first before starting any new treatment.