What's the best way to soothe a crying baby? Scientists may have found the answer

Parents often go to great lengths to get their newborn infants to fall asleep. But the most effective method simply involves walking and then sitting 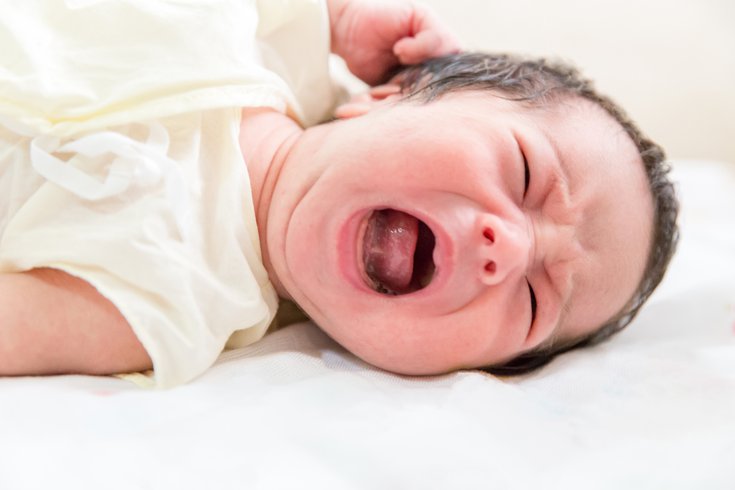 Parent quickly learn how to interpret their children's nonverbal cues and how to soothe their tears. But new research suggests that one technique may be more effective than others.

Trying to comfort a crying baby can be stressful, especially when it is late at night and parents are operating on only a few hours of sleep. Sometimes, babies that have been fed or changed won't settled back down.

Parents quickly learn how to interpret their children's nonverbal cues and how to soothe their tears. Though there may be many ways to calm a baby, a new study suggests one technique may be more effective than all the others.

Their findings stemmed from studies on altricial mammals, which are helpless at birth. They include cats, dogs and humans. Research has shown that these mammals' babies calm down when they are carried by their mothers, an action known as "transport response."

Using a baby ECG machine and video cameras, the research team compared changes in babies' heart rates and behavior as mothers employed four strategies commonly used to soothe them: carrying and then holding, sitting and holding, being rocked a stroller or a mobile crib, and lying in bed. Data was collected while the infants were not only crying, but also calm or asleep.

"Walking for 5 minutes promoted sleep, but only for crying infants," said researcher Kumi Kuroda, of the RIKEN Center for Brain Science in Japan. "Surprisingly, this effect was absent when the babies were already calm beforehand."

All 21 babies involved in the study stopped crying and had reduced heart rates by the end of their 5-minute walks. About half of them had fallen asleep. Their heart rates also slowed when they were lying in a rocking motion.

However, sitting and holding an upset baby did not have a soothing effect. Instead, their heart rates went up and they continued to cry.

Why does this happen? Babies are extremely sensitive to the movements of their mothers, the researchers said. They found that the babies' heart rates went up when their mothers turned or when they stopped walking.

Ever wonder why an infant wakes up as soon as they are placed back in bed? The separation from its mother jars the baby awakes, researchers said. Babies need time to fully transition to sleep.

The babies in the study often woke back up if they were put down before they got about 8 minutes of sleep. That's why the researchers recommend parents hold their babies for 8 minutes after carrying them.

Still, the researchers emphasized that their approach is not a magic bullet.

"Babies can have sleepless nights for very different reasons," Gianluca Esposito, a professor of developmental psychology at the University of Trento in Italy, told The Guardian. "If the baby has a stomach ache, I don’t think this will do much. Unfortunately, I think many parents will still have sleepless nights. That’s part of being a parent."

To support more science-based parenting, the researchers are developing a "baby-tech" wearable device that allows parents to understand the physiological states of their babies.

Still, for many parents, finding the best ways to soothe their babies is based on personal experience through the bonding process and a lot of trial and error – not science.

Pediatricians at Children's Hospital of Colorado advise parents to first rule out any physical reason for their babies' tears – a wet diaper, hunger or illness. Then they should try different soothing techniques until they identify what works best. These may involve singing or talking in a soothing voice, swaddling babies in soft blankets, gently rubbing their babies on the back, chest or stomach, or going for a car ride.

Other strategies recommended by parenting experts include keeping babies awake longer during the day so that they sleep better at night and putting them to bed drowsy, but not completely asleep.