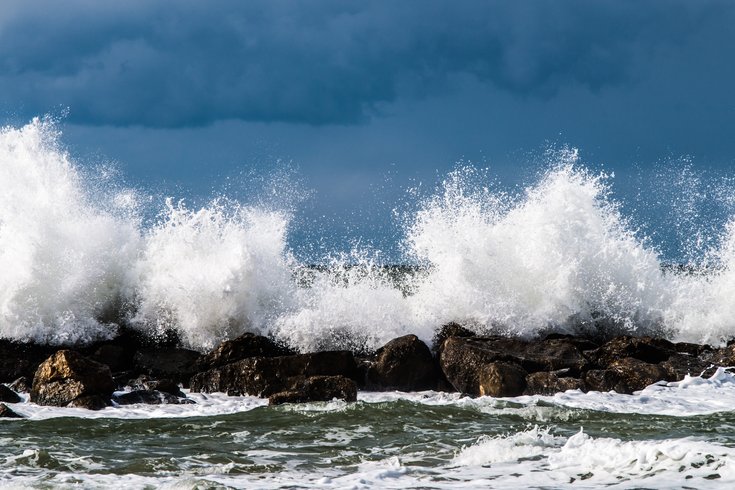 A 44-year-old New Brunswick man was reported dead after swimming in the rough waters off the coast of Seaside Heights on Saturday night.

The man was spotted facedown in the water, about 30 yards from shore after police responded to a 911 call about a man struck by a wave around 7 p.m., according to a press release from police.

LATEST: Latest on Hurricane Florence: Pennsylvania could see inches of rain in wake of storm

The rough waters are being credited to Hurricane Florence's destructive path in the Southeast U.S. Officials said swells from the tropical depression have brought dangerous rip currents to New Jersey and up the East Coast.

After he was rescued, the man was eventually declared dead at the scene.

A cause of death has not been officially released, however Police Chief Tommy Boyd told the Asbury Park Press there was no sign that the man was in distress prior to his death, as he may have been incapacitated by a rough wave that could have caused a fatal injury.

Earlier on Saturday, the Long Beach Township Police Department, slightly south of Seaside Heights on Long Beach Island, issued a warning for rip currents and dangerous waters, and advised people not to go in the ocean.