A customer noticed the phone, which was placed in an envelope in the bathroom stall 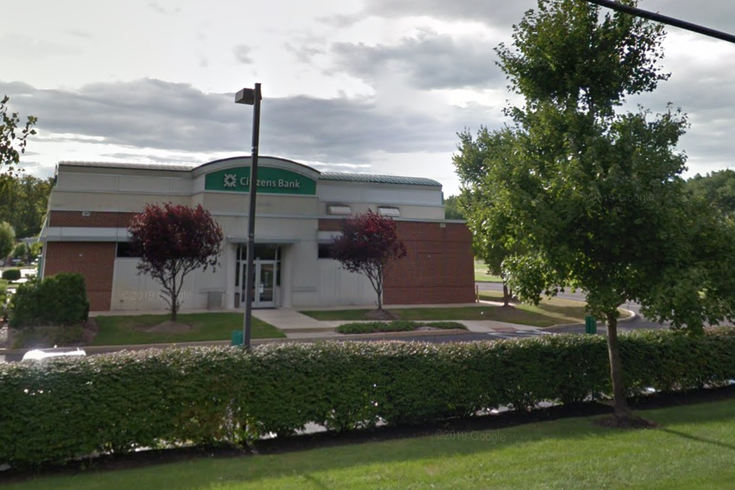 A Citizens Bank employee who worked at this Burlington County branch on Route 70 is charged with allegedly recording women in the bank's bathroom.

A Camden County man allegedly hid a cell phone in a bathroom stall at the bank where he worked and secretly recorded women, according to police.

Larry Tucker Jr., 35, of Berlin, Camden County, was arrested Friday and charged with invasion of privacy, according to the Evesham Township Police Department:

Tucker worked at the Burlington County location of Citizens Bank on Route 70. According to police, he allegedly placed a cell phone in an envelope in a stall, with the camera positioned to record people using the toilet.

A customer at the bank noticed the envelope late last December, found the phone, and tried to take it to an employee, according to police, but was noticed by Tucker. Tucker took the phone and said he would tell the bank’s supervisor about the incident, then left the building with the phone.

Police obtained a search warrant to check Tucker’s home and the device, according to NJ.com, and eventually arrested him.

Citizens Bank said in a statement to NJ.com that they take the allegations seriously, and that Tucker is no longer employed by the company.