The long-delayed implementation of the state's program is finally on track to get underway, Gov. Murphy said 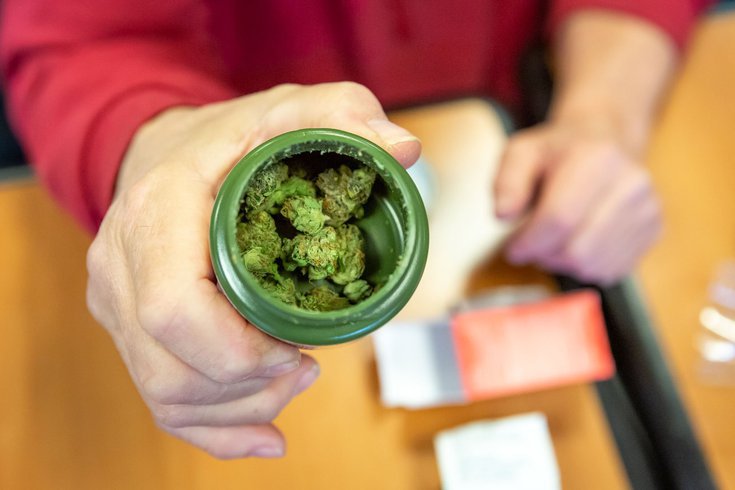 Recreational marijuana will be sold in New Jersey beginning April 21, starting with seven operators that have 13 combined dispensaries that will be permitted to sell the drug for both medical and recreational purposes.

Recreational marijuana will be legally sold in New Jersey for the first time on April 21, a year and a half after voters approved a ballot question green lighting the sales of the drug to people ages 21 and older.

Starting on April 21st, adults ages 21+ will be able to legally purchase cannabis and cannabis products without a medical card.

This is a historic step in our work to create a new cannabis industry. Learn more: https://t.co/MsSRlUBPZ8.

Residents of New Jersey couldn't help but notice that the date falls a day after 4/20, which is unofficially recognized as a weed holiday.

Weed sales are legalized on 4/21 but @NJGov @GovMurphy missed a real opportunity to make 4/20 the first day for legal sales in NJ.

New Jersey selling weed on 4/21 and not 4/20 is just another sign of piss poor leadership tbh. It's the perfect play and they couldn't get that right. 🤣

At least the legal weed will help me cope with having to live in New Jersey. https://t.co/jyWlEgG8aC pic.twitter.com/9bcvzadc6d

The state's Cannabis Regulatory Commission, which has been operating for a year, was repeatedly stalled by efforts to create a regulatory framework that fulfills the program's social equity goals and ensures that medical marijuana patients continue to have primary access.

Progress was also delayed by reluctance among many municipalities to opt into the program, which complicated the permitting process for cultivators.

Beginning on April 21, seven operators that already have medical marijuana dispensaries will be allowed to sell recreational cannabis. Three of the operators are in South Jersey, three are in North Jersey and one is in the central part of the state. Their 13 combined locations are as follows:

New Jersey's medical marijuana program, which was signed into law in 2010, has expanded over the years to cover approximately 130,000 patients. All of the approved recreational marijuana facilities have agreed to reserve parking and maintain hours that are strictly for medical patients.

The state has estimated it will have as many as 800,000 recreational marijuana consumers, along with thousands of others who travel out of state to obtain the drug.

The legislation includes a 6.625% sales tax on recreational marijuana, in addition to local taxes that are capped at 2%. The program will dedicate 70% of proceeds to parts of New Jersey that have disproportionately high rates of marijuana-related arrests, which have affected Black residents nearly three times as much as white residents.

Given the early stage of the program, Murphy's fiscal year 2023 budget only expects about $19 million in revenue from recreational marijuana sales, far below the $60 million projection that was shared in the run up to the ballot question in 2020, according to the Associated Press.

New Jersey is one 18 states, along with the District of Columbia, that have legalized recreational marijuana.