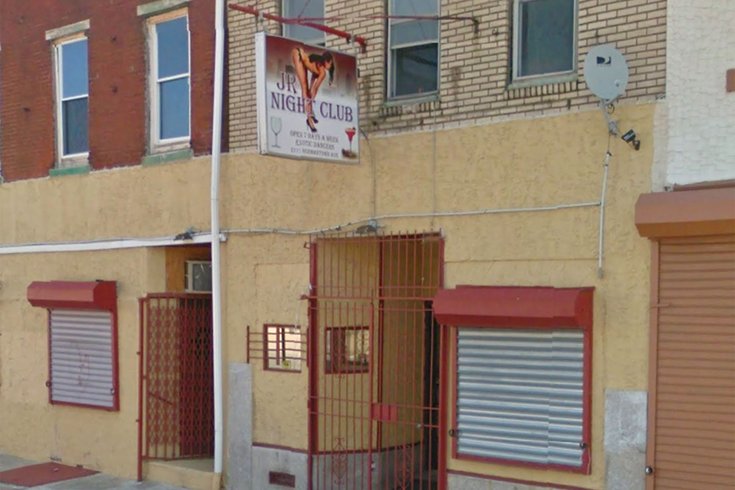 Jr's Bar and Nightclub at 2111 Germantown Ave. in North Philadelphia.

Another candidate tossed his name into the mayoral race Thursday — and he may have done so at a strip club.

Juan Rodriguez announced he is entering the race at Jr's Bar and Nightclub, a North Philadelphia establishment that includes a metal pole and advertises for exotic dancers on its sign, according to Philly.com.

Rodriguez's campaign treasurer, Nereida Zayas, told the website that the nightclub is not a strip joint.

Rodriguez, whom Zayas described as a former undercover detective, is the second newcomer to the race this week.

North Philadelphia pastor Keith Goodman formally announced his candidacy on Sunday, though his eligibility is in question.

Goodman, the pastor of North Philadelphia Seventh-Day Adventist Church, returned to Philadelphia last month after living in Chester for 13 years. Critics have questioned whether he meets the Home Rule Charter's three-year eligibility requirement, according to CBS Philadelphia.

They join a crowded race that includes Lynne Abraham, Anthony Williams, Jim Kenney, Doug Oliver, Nelson Diaz and Milton Street. Those candidates gathered together for the first time Thursday morning to participate in a forum hosted by the Business Association of West Parkside, Philadelphia magazine reported.