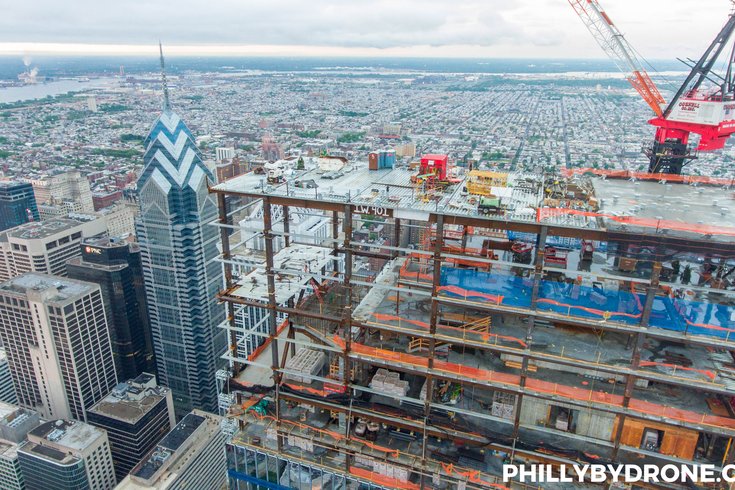 Construction at the Comcast Technology Center captured by drone.

Whether you hate the new buildings changing the Philly skyline or look forward to the new developments, the shots manage to make the city look like a place on the verge of innovation and immense inspiration, especially for the photographer. 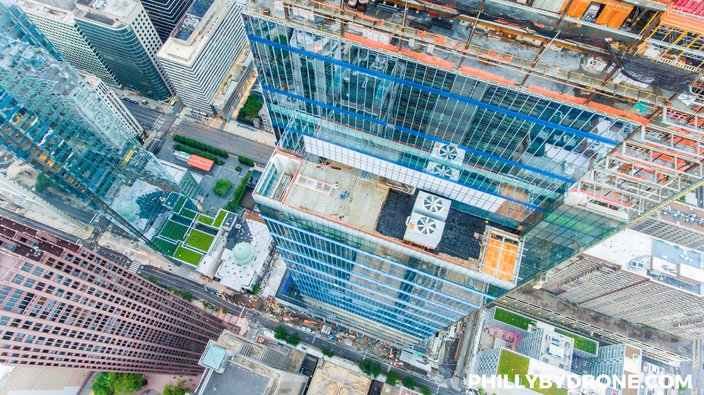 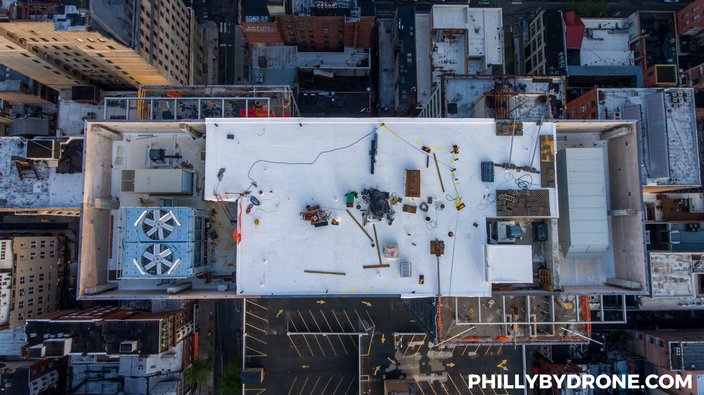 Just one year ago, though, Kao did not consider Philadelphia very inspirational. This was partially due to a short documentary he worked on about the city’s transformation to become an “energy hub” where oil and gas companies could produce more fossil fuels in part by building pipelines.

“It was a shock for me,” said Kao, who came to Penn from his hometown of Huntington Beach, California, a surf town in Orange County. “It made me hate the city a bit. Coming from California, you can drive through Vegas and see solar farms all around you.”

At the end of 2015, Kao bought an old drone camera from a friend on campus, a purchase well in-line with his ongoing obsession with camera technology that stemmed in part from growing up so close to Hollywood.

When he began flying it, his perspective on Philadelphia shifted a bit. “It allows me to explore the city and developments besides fossil fuel stuff,” he said.

Kao released the photos for free online at Philly by Drone, and though Kao icould easily profit off these unique aerial shots, he chose to release them in honor of an old friend from his hometown who taught him how to shoot.

“In my town there was a guy everyone called Drone Eddie,” Kao said. “He flew drones every morning and took photos of the beach trail and posted to the Huntington Beach community board. Everyone really appreciated what he was doing.”

While home for winter break, Kao reached out to Drone Eddie – real name Eddie Paige – and spent every day going to the beach in the morning and shooting with him.

“When I got back from Penn, I think around March, I heard news that he had passed away,” Kao said. “It was very sudden. He had really taught me a lot and I really admire him for sharing photos with Huntington Beach and the community. I think Philly has a lot of cool developments, and there aren’t very many drone photos of them, so I do that for him as well.” 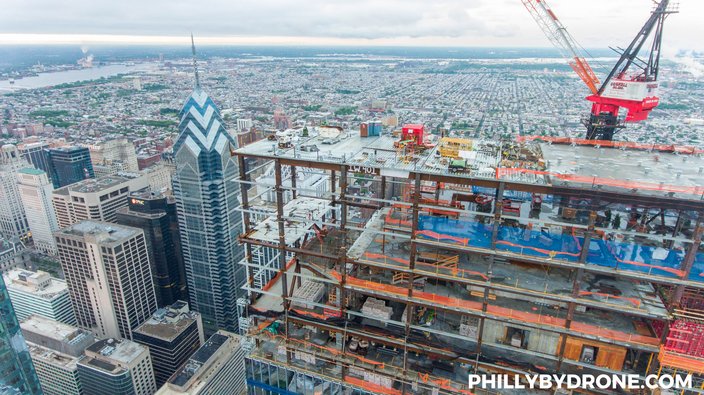 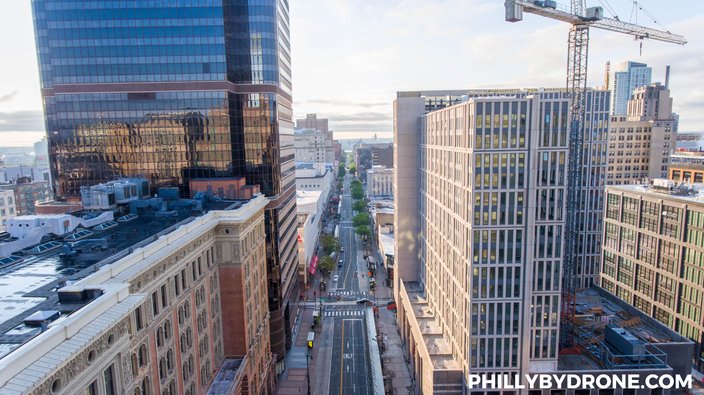 Shots of the Comcast Technology Center, East Market development project, and 1213 Walnut (the Fergie Tower) are among the unique views offered in Kao’s drone portfolio. See more at Philly by Drone.