The psychological toll of the COVID-19 pandemic has hit mental health providers hard, too 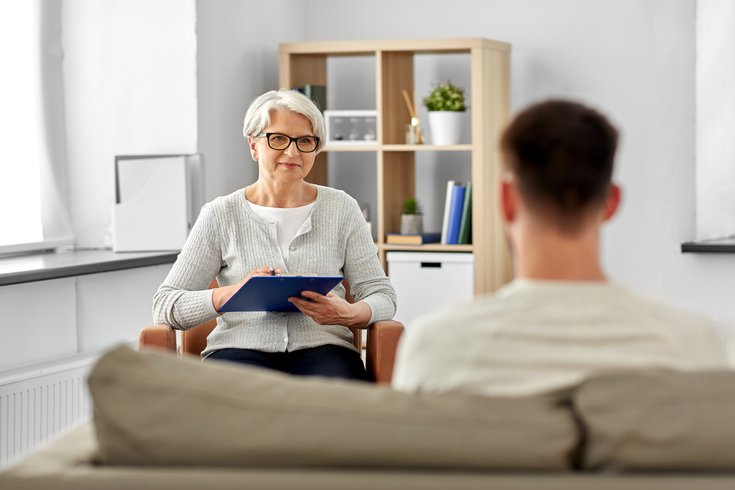 A Penn Medicine study highlights the strain the mental health workforce in Philadelphia has been under during the COVID-19 pandemic.

The psychological toll of the COVID-19 pandemic has received a lot of attention as spikes in depression, anxiety and loneliness – especially among children – have raised concerns among mental health providers.

The American Academy of Pediatrics is among several organizations that have called on public officials to address the growing crisis. Other health professionals have urged the American Medical Association to declare a national emergency.

Yet, far less attention has been given to the way the pandemic has affected those providing the care.

A new Penn Medicine study highlights the strains placed on mental health workers in Philadelphia as they try to meet the needs of patients while juggling their own psychological and financial stressors.

"Delays in licensure exams and in the ability to open up private practices as well as increased expenses and the need to juggle caring for their children with their work during the pandemic has all increased the financial strain they are already under," Last said.

The researchers specifically sought to understand how the pandemic compounded these pre-existing challenges and affected the providers' abilities to care for youth with post-traumatic stress disorder.

The study surveyed 49 public mental health clinicians from 16 Philadelphia clinics. About one-third of them were independent contractors, nearly half of whom reported wanting a salaried position.

Prior to the pandemic, many mental health clinics had cut staff, hours and employer-provided health benefits, leading to more clinicians serving as fee-for-service independent contractors, Last said. Because such providers only are paid for face-to-face hours, they face more income unpredictability and fewer professional advancement opportunities. The pandemic only has exacerbated this issue.

At the same time, providers are seeing more patients exposed to significant trauma and facing their own economic struggles, Last said.

Overall, financial and job-related stress were high among the study participants. Medical education debt was a major concern. Thirty-seven of the clinicians reported having education debt, with 38% of them owing at least $100,000.

In the past year, 29% of the clinicians said the costs of care limited their abilities to take care of their own mental health. Yet, 22% of them met the criteria for secondary traumatic stress symptoms.

The researchers also found that education debt was negatively associated with the use of trauma-focused cognitive behavioral therapy, an evidence-based treatment approach shown to be effective for children impacted by trauma.

Senior study author Rinad Beidas, however, emphasized that the study was not designed to show a cause and effect relationship between the debt and providers' abilities to use evidence-based interventions.

The findings raise concerns that the stress of providing care in under-resourced clinical settings is interfering with efforts to integrate scientific evidence into mental health care, the researchers said. This should be a wake-up call alerting people to the financial investment and measures necessary to support current mental health professionals and expand the workforce.

"We are in a global health crisis, and there are not enough providers to meet the needs," said Beidas, founder and director of the Penn Implementation Science Center. "Although we have a tremendous workforce, I am very concerned about their ability to provide high quality care both in Philadelphia and nationwide."

All the clinicians surveyed in the study were trained in trauma-focused cognitive behavioral therapy. The study was published online in Psychiatric Services.