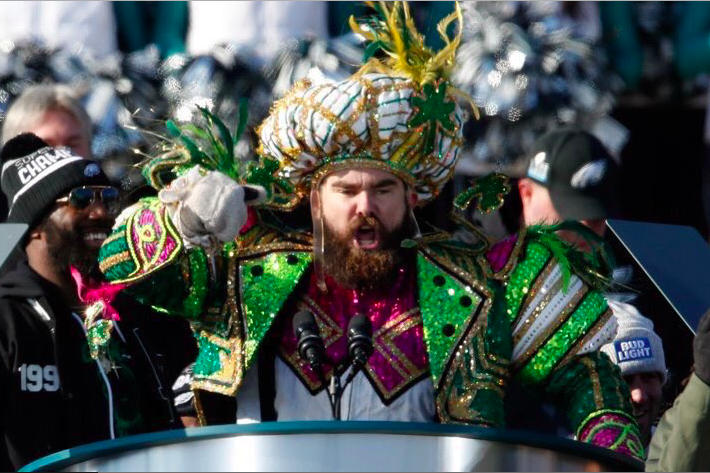 Valley Forge Military Academy & College is holding its graduation ceremony at its campus in Wayne, Pennsylvania, on May 23. The 91-year-old school sits a 30-minute drive from the Lincoln Financial Field, where Doug Pederson coaches the Philadelphia Eagles.

And when Valley Forge’s newest class celebrates graduation next month, “some clown” is going to be giving the graduation address.

(Jason Kelce’s words, not mine.)

Michael Lombardi, the former NFL executive and Eagles Super Bowl-run punching bag, will give the address at the college’s grad ceremony, the school announced Friday afternoon.

Now, why does that name sound familiar?

In case you need to jog your memory, here’s a reminder from the steps of the Philadelphia Museum of Art:

After three full seasons with the Eagles, Pederson is now 29-19 in the regular season, with a pretty stellar 4-1 postseason record and a danged Super Bowl trophy to his name.

To his credit, Lombardi took Kelce’s clown characterization in stride — what was he going to do, argue? — and owned up to the mistake:

Jokes aside, Lombardi is an Ocean City, New Jersey, native and a graduate of Valley Forge Military Academy & College, so this will probably be a pretty cool moment for him.

He should know, though, that he’s probably going to be heckled at least once if he waits too long to bring up his clown moment during the speech. You’ll probably want to get it out of the way early, Mike. Good luck.