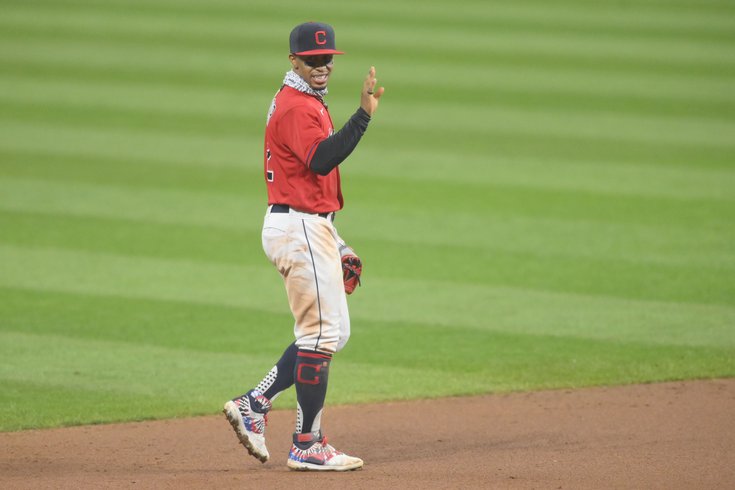 For much of the winter, this is going to be a place to find the latest MLB free agency rumors, and while free agency dominates the baseball landscape in the offseason, it's not the only way players can be moved. They can also be traded. So today, we'll take a break from the sorts of rumors we've been tracking to take a look at a trade rumor in which the Phillies found themselves getting a mention.

According to MLB.com's Jon Morosi, the Indians are likely to deal shortstop Francisco Lindor this offseason, and Philadelphia, despite still having just an interim general manager, are on the shortlist of teams listed as possible suitors for the talented infielder.

Multiple industry sources said this week that the Indians are likely to trade their four-time All-Star shortstop, as first reported by USA Today, although no deal appears close at this early stage of the offseason.

Lindor, who turns 27 on Saturday, is eligible for free agency after the 2021 season. Following the Indians' unsuccessful effort to sign him to a long-term extension, a trade has become increasingly inevitable -- particularly with the team's budget tightening and Lindor projected to earn roughly $20 million in salary next year, according to multiple estimates.

The Mets, Yankees, Phillies, Blue Jays and Cardinals are viewed as the strongest candidates to land Lindor, sources say. However, some of those teams aren't prepared -- yet -- to engage in serious trade talks with the Indians.  [mlb.com]

That last part is important, and not just because it signals that this could linger throughout the winter. It's also important because the Phillies very well may be one of those teams, as they continue to search for a general manager who may or may not be hired this offseason. But, if the Phillies feel confident making a splashy move before hiring a full-time GM, they could try to get a jump on the Mets who will likely be taking some time after new ownership took over and immediately took a blowtorch to the front office.

It's also worth pointing out that when Morosi mentions the Phillies as potential landing spot, he's not just saying that. He's also sourcing it.

From a leverage standpoint, the Indians are helped by the fact that sources say the Mets' closest geographic and divisional rivals -- the Yankees and Phillies, respectively -- also are interested in Lindor. Competition among those clubs could provide Cleveland with its best chance to extract maximum value for Lindor, the franchise's 2011 first-round MLB Draft pick.  [mlb.com]

Should the Phillies not move on Lindor, they will have other options to fill the shortstop position left vacant when they didn't extend a qualifying offer to Didi Gregorius. One of those options would be re-signing Gregorius, but there are other external options. And if that doesn't work, they could always move Jean Segura back to shortstop.

While any deal for Lindor will likely take some time to get done, there are other potential moves that could happen at any moment. We'll keep you updated with the latest news and rumors right here in our live tracker.