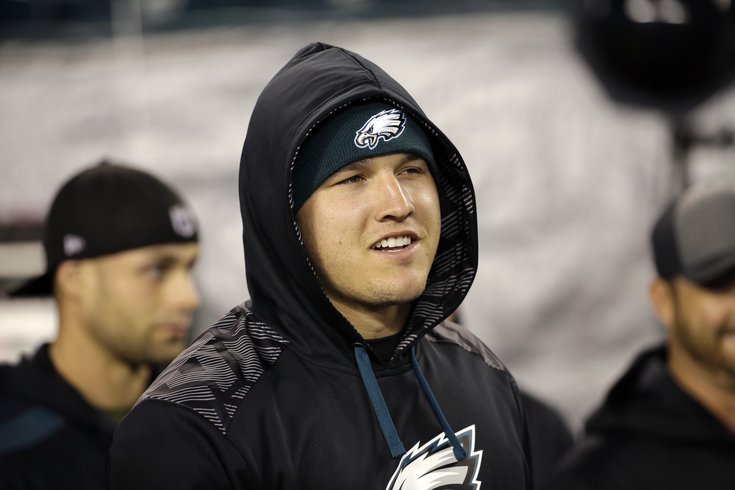 I went to my refrigerator yesterday morning, reached down for the milk carton, and then realized, with horror, that my milk was about to expire. So with the rest of the Delaware Valley, preparing for the snow as if it were a zombie apocalypse, I ventured out to the grocery story yesterday afternoon.

I got my milk. I got bread. I did not get eggs. (I did score some girl scout cookies, though!)

And now it’s very much a Netflix and Chill weekend.

Unless you’re a local TV reporter. Or a governor taking time out of your presidential campaign to make a cameo in your home state.

Or the best player in baseball, who also happens to be an amateur meteorologist.

Trout lives in Millville, N.J., which would appear to be among the harder hit areas of the Delaware Valley during the ongoing snowstorm. Millville is pretty much in between Philadelphia and Cape May (Note: I am lacking in any kind of sense of direction, but I’m a big fan of Google Maps).

Since Trout doesn’t have to be in Tempe for the beginning of Angels spring training for another few weeks, and since he’s apparently a huge fan of snow, he spent the last 24 hours auditioning for his future job at The Weather Channel. It began last night with a tweet.

And then Trout upped his reporting game, appearing on The Weather Channel on Saturday morning with a live report from Millville, saying he was “up all night,” and “up every hour… checking the measurements.”

“The roads are terrible …. it’s awesome, I love it,” Trout said.