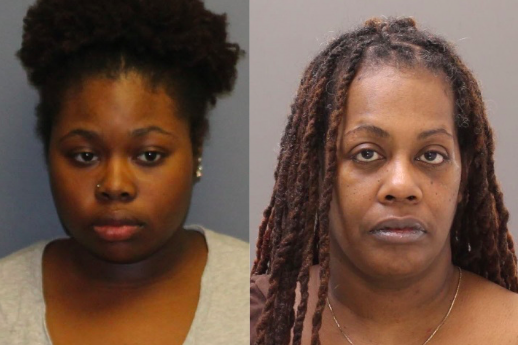 A mother and daughter are facing homicide charges in the slayings of five relatives, including three children, at an apartment in Morrisville, Bucks County, on Tuesday night.

Shana Selena Decree, 45, and Dominique Klaran Decree, 19, each are charged with five counts of criminal homicide and related offenses.

Police found the victims' bodies around 4 p.m. Monday in a bedroom of a residence at the Robert Morris Apartments, located at 200 West Bridge Street.

Earlier, Bucks County Children and Youth Representatives had visited the apartment for a well-being check. A maintenance worker who entered the apartment found Shana and Dominique Decree disoriented in bed. Furniture was in disarray and broken glass was strewn across the unit, according to a criminal affidavit.

Both women were taken to the hospital with visible injuries, police said.

When investigators came to the apartment, all five of the victims' bodies were found in a back bedroom.

Questioned at the hospital, the mother and daughter initially told authorities that another man or men had killed everyone and left the two of them alive, police said.

Joshua Campbell, Jamilla's son, was among the eight people who lived inside the small apartment. He was not present at the time of the alleged murders and was later found safe, investigators confirmed Tuesday.

Shana Decree allegedly told investigators late that everyone at the apartment had "wanted to die" and were talking about suicide, including the children, according to police. She and Dominque allegedly confessed to several of the deaths, but also claimed Jamilla Campbell had been responsible for at least one homicide.

Authorities did not reveal how the the family members died.

At a press conference Tuesday afternoon, Bucks County District Attorney Matthew Weintraub said he expected it might be "some time" before all of the causes of death are determined. He also was unable to provide a time of death for the victims.

Weintraub, although declining speculate about the defendants' disturbing statements, said he is confident the perpetrators are behind bars. There are no other suspects in the case, he said, but the motivation for the killings remains a mystery.

"We are no closer to understanding [why this happened] in the harsh light of day," said Weintraub. "I expect that will be a long, laborious process."