Movie Review: Quentin Tarantino gets back to greatness in 'Once Upon A Time In Hollywood'

Despite a weak ending, the director's 1969 fantasia is Tarantino's best film in many years 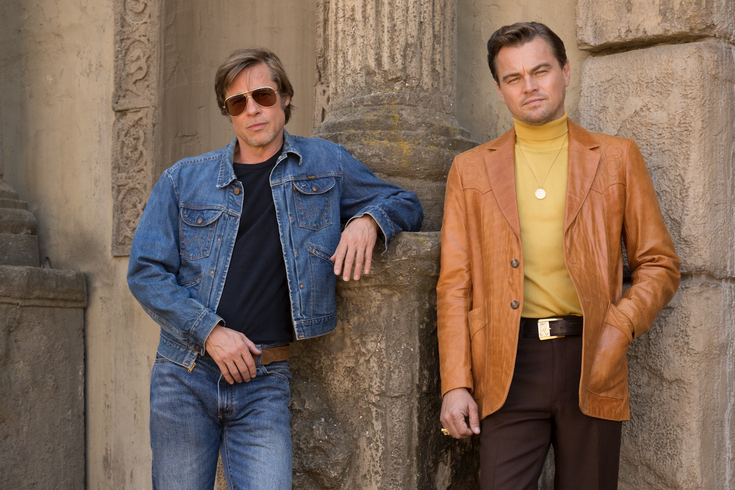 The most notable thing one can say about "Once Upon a Time in Hollywood," Quentin Tarantino's new film set in and around the events of the Manson murders in 1969, is that it's Tarantino at his Tarantino-est. It's just about everything the director has done throughout his career, only more of it.

The unique, somewhat off-kilter world-building is there. So is the shocking violence, the witty dialogue, the constant referencing of movie history both obscure and well-known, the long (160-minute) running time and the surprise appearances by both long-ago actors and members of the director's own extended company.

In short, this is pure, uncut Tarantino. And while I had a couple of significant nitpicks, this is the director's best film in years.

"Once Upon A Time in Hollywood" represents Tarantino's return to making movies in and about Los Angeles, where most of his early work ("Reservoir Dogs," "Pulp Fiction" and "Jackie Brown") was set, although he's branched out to other locations for most of his 21st century films. (The Philadelphia Film Society, in recent months, ran a program of the director's L.A.-based work.) In addition, the film mostly gets away from something that's plagued the director's recent work: The tendency towards long, slow talking scenes that appear to go on forever.

The new film is set in 1969, and centers mostly on Rick Dalton (Leonardo DiCaprio), an alcoholic actor who was the former star of a cowboy TV show and is now struggling in his movie career, and weighing the idea of going to Italy to appear in spaghetti Westerns. Assisted by his stuntman/gofer (Brad Pitt), Dalton happens to live next door to the notorious house where Roman Polanski lived with Sharon Tate (Margot Robbie).

The movie isn't so much "about" the Manson murders, as Manson himself (Damon Harriman) only appears in one scene and Robbie's Tate, while she's not as minor a part of the film as the initial reports from Cannes indicate, doesn't much speak or get a whole lot of character development. 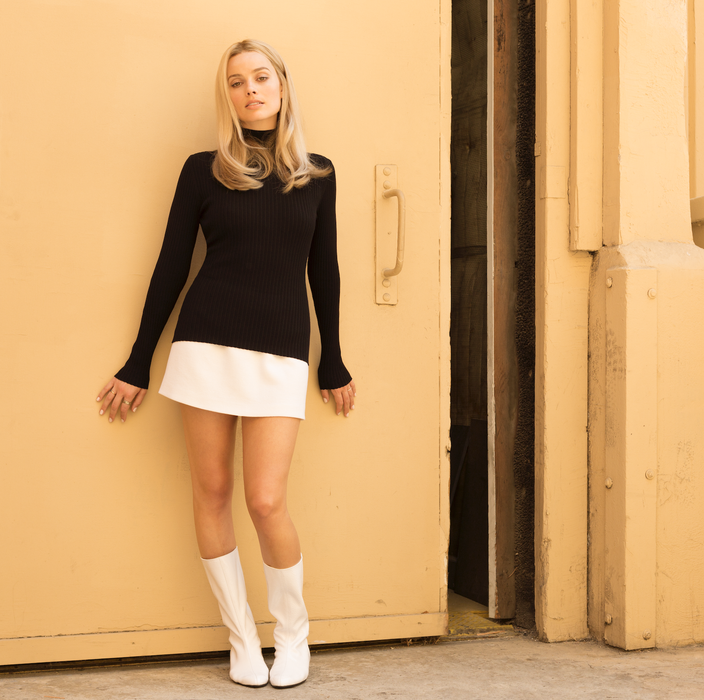 Instead, the film focuses more on the DiCaprio and Pitt characters, and gives both actors (aged 44 and 55, respectively) a rare chance to play struggling middle-aged men. There are a lot of cutaways to quick flashbacks, a la Arrested Development, as well as a whole elaborate backstory about Rick Dalton's career and some of his movies, all of which have amazing titles ("Kill me Now Ringo, Said the Gringo" and "“The 14 Fists of McCluskey' are up there with Seinfeld's "Cry Cry Again," "Death Blow," and "Rochelle Rochelle.")

The attention to detail here is just plain immaculate, from period cars, posters and buildings to the songs and news reports on the radio in each scene.

"Once Upon A Time in Hollywood" also offers a bunch of outstanding little performances. Al Pacino pops up briefly, and memorably, as a talent agent, while Timothy Olyphant plays actor James Stacy, who comes across as a nerd when playing himself, but in movie-within-a-movie scenes is the "Deadwood"/"Justified" Olyphant we all know. Dakota Fanning's brief turn as Lynette "Squeeky" Fromme made me wish for a sequel about Fromme's assassination attempt against Gerald Ford, while actor Mike Moh plays Bruce Lee in one of the film's best scenes.

On top of everything else, the film offers Luke Perry's final performance, and was to offer Burt Reynolds', though Reynolds' death led to his planned part being played by Bruce Dern.

"Once Upon A Time in Hollywood" would fit well with Paul Thomas Anderson's "Inherent Vice," another sprawling L.A. tale, set in 1970, in which just about every moment felt like part of a hangover from the Manson murders, as well as the 1960s overall.

In many ways it resembles a 1960s version of "Hail, Caesar," the Coen Brothers' movie from three years ago. One gets the sense, much like the Coens before him, that Tarantino had a couple of dozen ideas for things to happen in a movie set in Hollywood, and threw them all into one movie.

At the two-hour mark I was ready to call "Once Upon a Time in Hollywood" the best movie of the year so far, while wondering how exactly it was going to finesse its ending.

But with that, the film makes a choice. I'm not going to say what that choice was, but I am going to say I didn't agree with it, either from a plot or content standpoint. Not enough to completely sink my enjoyment of the film, but enough to disappoint me. Unlike the rest of the film, it's more in line with 21st Century Tarantino than 20th.

Even so, "Once Upon a Time in Hollywood" is absolutely a return to form for the Quentin Tarantino with whom a generation of film buffs fell in love in the 1990s.

"Once Upon a Time in Hollywood" opens Friday in multiple theaters and is rated R.