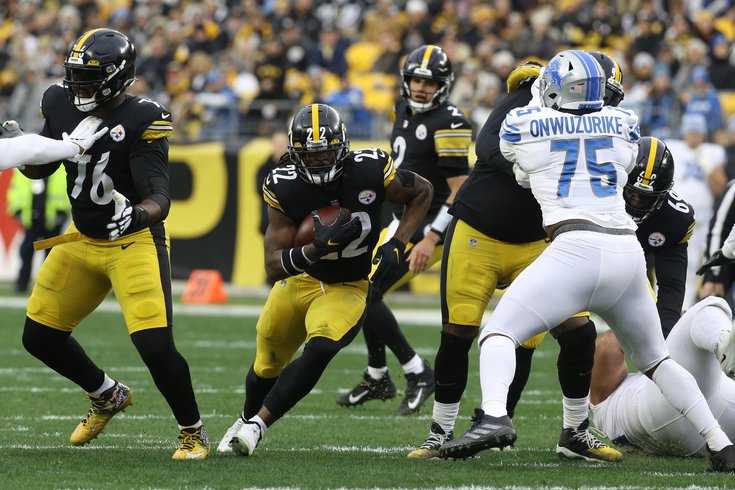 After the Pittsburgh Steelers and Detroit Lions tied 16-16 on Sunday, running back Najee Harris said he thought the teams would keep playing after the 10 minute overtime period ended. Harris joins former Eagles quarterback Donovan McNabb among NFL players who were caught off guard by a tie game.

Najee Harris has an impressive rookie season as the bell cow running back for the Pittsburgh Steelers, who have leaned on him heavily to generate offense behind a less-than-stellar group of quarterbacks.

On Sunday, Harris and the Steelers tied the still-winless Detroit Lions 16-16 in a sloppy game that put the NFL's weird overtime rules on display.

After a scoreless 10-minute overtime period in which both teams had chances to score, the game simply ended. There's no second overtime, no skills competition and no arbitrary criteria used to pick a winner.

In college football, there haven't been ties since the NCAA introduced a series of competitive overtime rules with alternating possessions to ensure that the game is decided in one team's favor. Harris seems to have entered the NFL unaware that ties, albeit rare, are allowed and do happen.

"I didn't even know you could tie in the NFL," Harris told ESPN's Brooke Pryor after the game. "In my mind, I was sitting on the bench saying, 'I've got another quarter to go.' But someone came to me and said, 'That's it.' I've never had a tie in my life before."

Lions running back Godwin Igwebuike apparently was confused, too.

Sunday's game takes us back to the time Eagles quarterback Donovan McNabb had no idea there were ties in the NFL. In week 11 of the 2008 season, McNabb and the Eagles tied the Cincinnati Bengals 13-13. After the game, McNabb, by that time a veteran quarterback, stood in front of the media and admitted he didn't know a tie was possible.

After that Bengals game, the Eagles fell to 5-4-1 on the season. The team went on to finish 9-6-1 and only made the playoffs because of a miraculous sequence of events that gave them postseason tiebreakers, thanks to that Bengals game. The Eagles wound up in the NFC Championship Game that year. And bizarrely, the Eagles tied the Bengals again in 2020 during their ugly 4-11-1 season.

NFL players usually seem disappointed whenever the rare tie occurs, but the unique record these teams have at the end of the year could play a favorable role in playoff and draft positioning. It's certainly better than losing, and in a crowded AFC North, the 5-3-1 Steelers may end up glad the game ended the way it did. It beats giving the 0-8-1 Lions their first win.