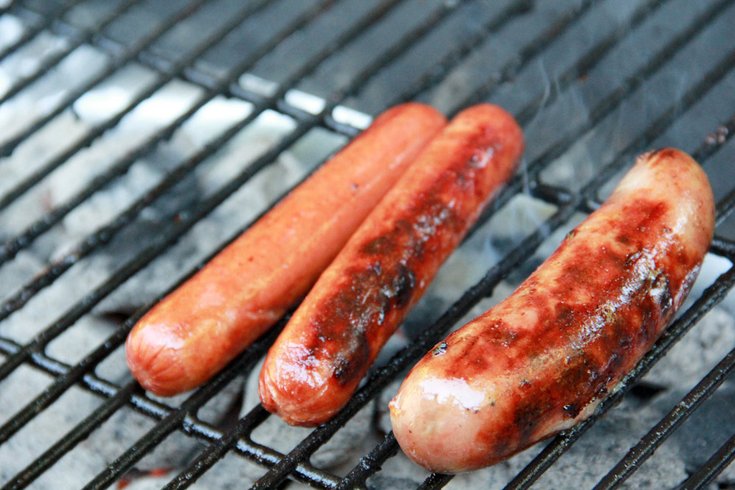 Americans consume more than 20 billion hot dogs each year, according to one estimate. That's about 70 hot dogs per person.

Today is National Hot Dog Day, but Americans probably don't need another reason to eat one. Especially in the middle of summer.

Americans consume more than 20 billion hot dogs each year, according to the National Hot Dog and Sausage Council. That equates to 70 hot dogs per person.

It's no secret that hot dogs aren't exactly healthy. But it's not just because they're packed with fat.

"The primary concern around hot dogs actually is that it's a processed meat," said Colleen Tewksbury, a registered dietitian and Penn Medicine's bariatric surgery program manager.

"The World Health Organization came out with a report a few years ago saying that one of the strongest risk factors for developing certain cancers is relative consumption of cured meats. And that includes hot dogs."

That report, released in October 2015, classified processed meat as a carcinogen – something that likely causes cancer. Processed meat, which also includes ham, bacon and sausage, specifically is linked to colorectal cancer.

Curing is a preservation process that uses added salt, nitrates, nitrites or sugar to draw moisture out of food. Some curing methods involve smoking or spicing. It's the nitrates and nitrites in red or processed meat that can cause cancer.

"The recommendation is to eat them sparingly – a handful of times a year, if that," Tewksbury said. And people who are already at risk for colorectal cancer should avoid hot dogs altogether.

For people not ready to give up the summer staple altogether, Tewksbury recommended they seek out uncured hot dog products.

"There are different hot dog products on the market that are uncured," Tewksbury said. "Those are great options for someone who is looking for the same taste, but not the cancer risk."

Still, hot dogs are high in fats, particularly saturated fats, which increase calories and increase the risk of heart disease.

"They actually are very similar in taste and texture to hot dogs and have less than half the amount of calories," she said. "You also don't have to worry about the cured factor."

Tewksbury also suggested people grill vegetables like carrots and various squashes. They're similar in shape to hot dogs, lower in calories, and easily fit inside a hot dog bun.

"That's actually a pretty fantastic option," Tewksbury said. "You can flavor it however you want, with whatever marinade you want. Those are good choices, overall, if you're looking for something to eat in a bun and have something a little more grill-oriented."

But if people insist on eating a regular, old hot dog, Tewksbury encouraged them to skip most condiments.

Ketchup, mayo and cheese quickly increase calories. And chili can transform a 110-calorie hot dog into a 500- or 600-calorie meal.

If people wish to top their hot dogs with a condiment, Tewksbury said to go with mustard or sauerkraut.

"Mustards are very low in calories and add that tang that many people are looking for, and a little bit of moisture to it," she said.