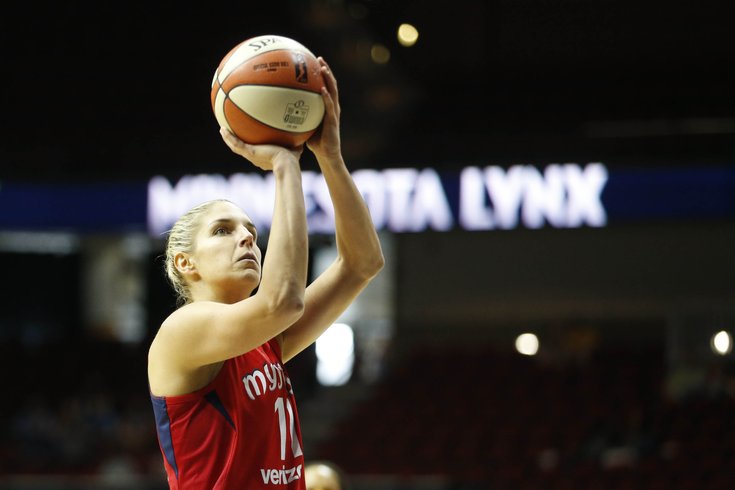 Elena Delle Donne, the Wilmington native who turned into one of the best women's basketball players in the world, will be a playable character in the upcoming NBA 2K20 video game.

That the Delaware Valley has produced a great number of fantastic basketball players is not a secret. The area loves hoops, from high school to the pros. One such star is Elena Delle Donne, who put Wilmington, Delaware, back on the basketball map by turning into one of the best two-way players in the country during her career at the University of Delaware.

And, next month, you'll finally be able to use Delle Donne in the world's most popular basketball video game.

Delle Donne and the entire WNBA will be included in the next iteration of 2K Games' NBA series, NBA 2K20, which will be released Sept. 6.

This doesn't mark the first time a modern NBA video game has included full WNBA teams and players — NBA Live 18 did that two years ago — but it marks the first time the WNBA will be included in the 2K series, which dominates the basketball video game conversation and landscape.

This is going to be fun 🔥🎮@NBA2K making way for the @WNBA 🏀 pic.twitter.com/Qse9GQL57s

In a blog post about the addition, the game's developers discussed why they felt it was important to include the entire WNBA in the game:

"Sports are an important public stage. It’s a space to lift up the best of us. Right now we find ourselves in an exciting time where women are getting to take their rightful place on that stage – front and center.

"So when we found out we were getting the privilege to represent the WNBA in our game, we were thrilled and also felt the weight of the task at hand."

Next up, we're going to need 2K to work on throwback teams so we can use Philly basketball legend Dawn Staley in a game. And maybe add a legends-style team to the game so we can use Camden County native Tamika Catchings and Western Pennsylvania native Swin Cash.

In the real WNBA, Delle Donne and the Mystics are currently 15-7, sitting in second place in the Eastern Conference.