NBA rumors: Kyrie Irving's odds of landing with the Sixers 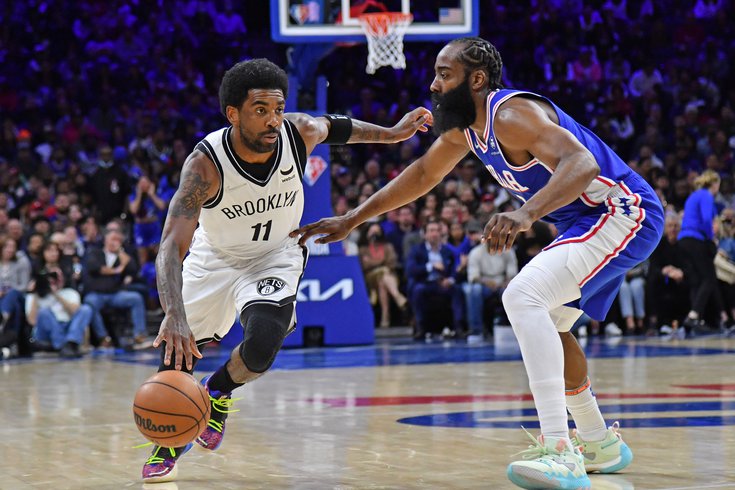 How could the soap opera that the Sixers have been a part of for nearly a decade get even wilder? The addition of Kyrie Irving. It was reported on Thursday that the Sixers are one of the teams that he'd consider a sign-and-trade move to. The Sixers may be absolutely infuriating for fans, but, hey, there's rarely a moment of boredom.

I have no idea what a sign-and-trade move for Irving would look like, but there's plenty of drama there given that he would join his (brief) former teammate James Harden in Philly. Harden seemingly checked out in Brooklyn during his short stint with the Nets before coming to the Sixers in February. There's also the omnipresent Ben Simmons factor, as Simmons headed to Brooklyn in that Harden deal to be the third wheel in Brooklyn's Big 3 along with Irving and Kevin Durant (will he be on the move too?). That's obviously not working out the way the Nets envisioned.

Hey, these are just odds and it's fun to goof and dream about the NBA offseason buzzing, but I'm increasingly keeping my eyes on the betting market. Seeing as how it threw the 2022 NBA Draft on its head, as Duke's Paolo Banchero's odds of being the first overall pick skyrocketed right before the draft when Jabari Smith Jr. was the presumed top pick, this could be noteworthy.