Evans, 29, reportedly violated the terms of the league and players association's anti-drug program 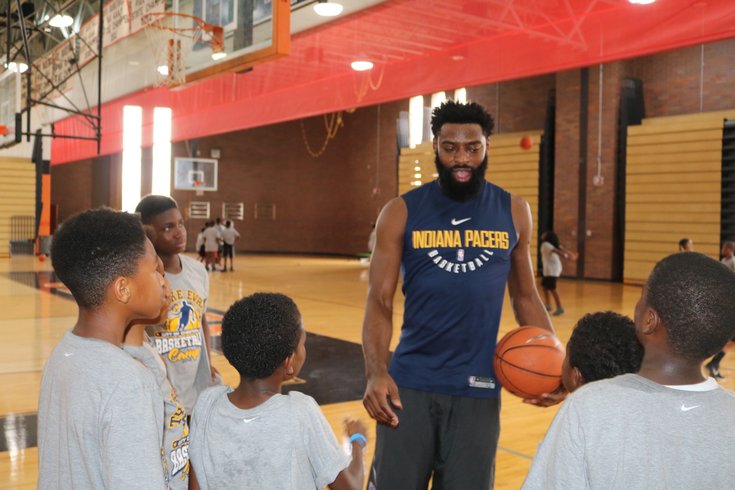 Chester native Tyreke Evans talks to campers during drills at his basketball camp in Chester.

NBA veteran and Chester, Pennsylvania, native Tyreke Evans has reportedly been “dismissed and disqualified” from the NBA because he violated the terms of its anti-drug program.

Shams Charania, of The Athletic and Stadium, first broke the news Friday:

Pacers free agent Tyreke Evans has been dismissed and disqualified from the league for violating the terms of the NBA/NBPA Anti-Drug Program.

Evans, 29, grew up in Chester and played his high school basketball in Aston, Pennsylvania, at American Christian Academy. He was drafted by the Kings in 2009 after playing college basketball in Memphis, and most recently played for the Pacers this past season.

MORE: Sixers fans freaked out by Jimmy Butler's vague 'thank you' to Philly

The unusual decision has precedent: former Grizzlies and Mavericks guard O.J. Mayo was disqualified and dismissed from the league in 2016 for violating the terms of the league’s anti-drug program. Mayo has spent the last two years playing professional basketball overseas.

According to HoopsHype’s Alex Kennedy, it seems Evans will face the same two-year ban:

Tyreke Evans must wait 2 years to apply for reinstatement after being "dismissed and disqualified from the league for violating the terms of the NBA/NBPA Anti-Drug Program." Chris Andersen went through this too. He was dismissed in 2006 and was reinstated in 2008, joining Denver.

Evans averaged 10.2 points per game this season, shooting a career-low 38.9% from the field. According to Spotrac, he was due to become a free agent this summer after signing a one-year, $12.4 million deal with the Pacers last year.