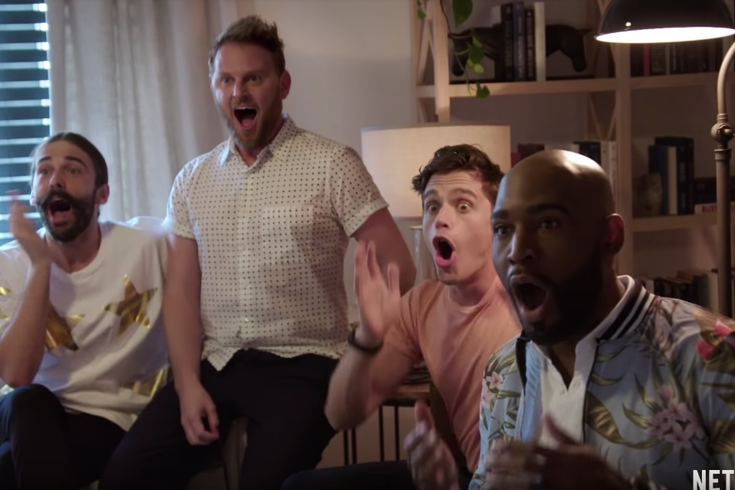 Netflix has finally released the trailer for "Queer Eye" season 3 and it’s a fabulous, emotional journey.

The Fab Five (Antoni Porowski, Bobby Berk, Jonathan Van Ness, Karamo Brown and Tan France) are back and they’re tackling self-love and compassion in Kansas City. These heartwarming makeovers aren't all that will grab you this season. The group dive into uncharted territory for the show, including their first lesbian makeover and their first duo makeover.

The trailer begins with a voiceover, “I had pretty much given up on kind, geniune people," as it introduces us to some the people we'll be meeting this season. This includes a woman coping after the loss of her brother to a man struggling with alcoholism, who admits he's "running out of options."

Though the most striking teaser shown is the lesbian's story, who is seen struggling with her identity. She says, “They expected me to be someone else - more black, less white, more gay, less gay. I feel like I don’t belong.” But of course, Van Ness isn’t having it and in the next shot snaps, “Absolutely not.”

“You are a strong, black, lesbian woman,” says Karamo Brown to the woman in another scene as he wipes tears from her eyes.

This transformational trailer shows the uplifting journey these people will experience, including a transformation so fierce, Antoni and Bobby can't contain their shock and excitement. Check out the trailer below.

"Queer Eye" season 3 is set to premiere on Netflix March 15.