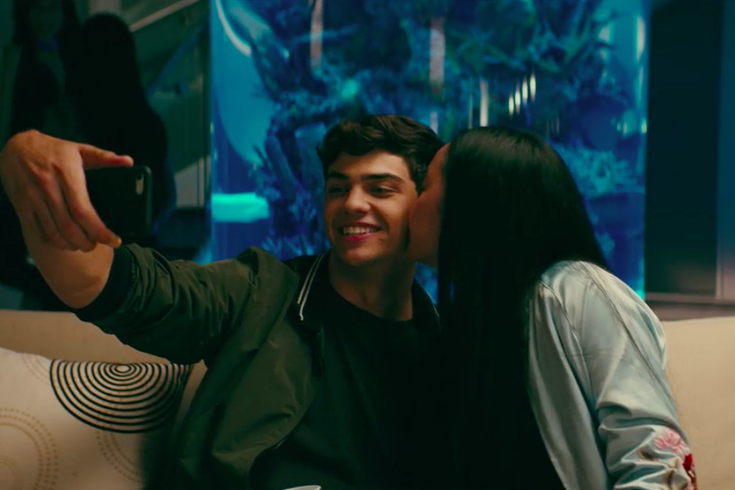 "To All the Boys I've Loved Before" trailer/Netflix

An image from the "To All the Boys I've Loved Before" trailer on Netflix.

Netflix's year-end rankings reveal the most binged movies. Any guesses on the flick that topped the list?

The mega-hit "To All the Boys I've Loved Before," starring Noah Centineo as Peter Kavinsky and Lana Condor as Lara Jean Song Covey, came in second.

Following the teen romance is "Roxanne Roxanne," which tells the story of hip-hop pioneer Roxanne Shanté.

RELATED: TIME names several journalists, dubbed "The Guardians," as 2018 Person of the Year | 'Friends' to stay on Netflix after streaming service agrees to pay WarnerMedia $100 million

It was "The Kissing Booth" that placed first, another teen romance adapted from a book like "To All the Boys." The movie stars Jacob Elordi and Joey King, who have a sweet love story in the film and a relationship in real life.

Netflix notes that the ranking has no relation to overall viewing. It only names the three movies that were rewatched with the highest frequency.

The streaming service also revealed the top 10 series that were the most-binged, meaning had the highest average watch time per viewing session.

The only other info shared in the year-end press release is the Netflix stars who received the largest Instagram audience growth since January.

And Netflix kept up with its inside joke with followers, stating, "Please note as Cole Sprouse runs our Instagram account he unfortunately was not eligible for this list."