Netflix will release the comedy on June 14 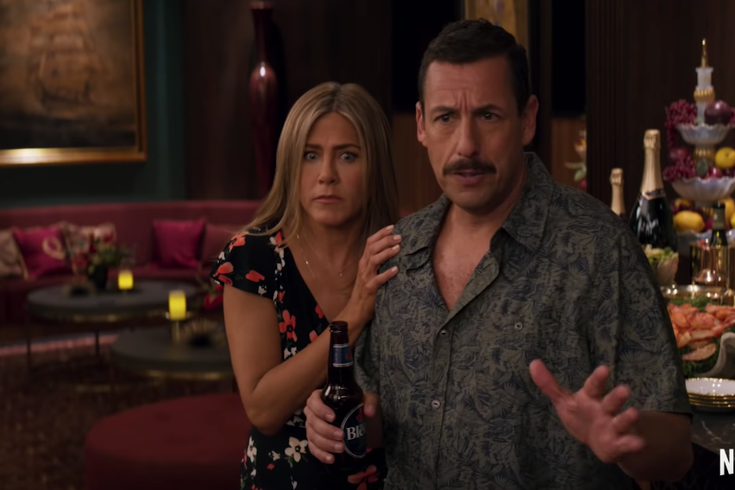 Adam Sandler and Jennifer Aniston co-star in the new Netflix film, "Murder Mystery." The film will premiere on the streaming giant on June 14.

Sandler stars as a New York City detective that takes his wife, Audrey (Aniston), on a trip to Europe. The trailer begins with the couple on an airplane for their long-awaited honeymoon. (The couple has been married for 15 years, but they’ve “just been very, very busy.”)

It shows Audrey, who is a huge fan of murder mystery books, wandering off into first class where she meets a billionaire named Charles (Luke Evans). After a charming conversation between the two he invites them both to join him on his yacht. Everything seems peachy keen until one night an older billionaire is found dead. When the two end up as suspects in the man's murder, the couple find themselves with all sorts of problems.

Sandler and Aniston worked together in the 2011 film “Just Got With It." Sandler mentioned on “Ellen” Friday that during the filming on location in Italy, George Clooney invited them for dinner at his home in Lake Cuomo. He said, “Every time I’m with Jennifer, something great happens because everybody loves Jennifer.”