New app links members of the gay community with Scripture

Our Bible App offers devotionals on your mobile phone that are 'pro LGBT, pro-women and encourage interfaith inclusivity' 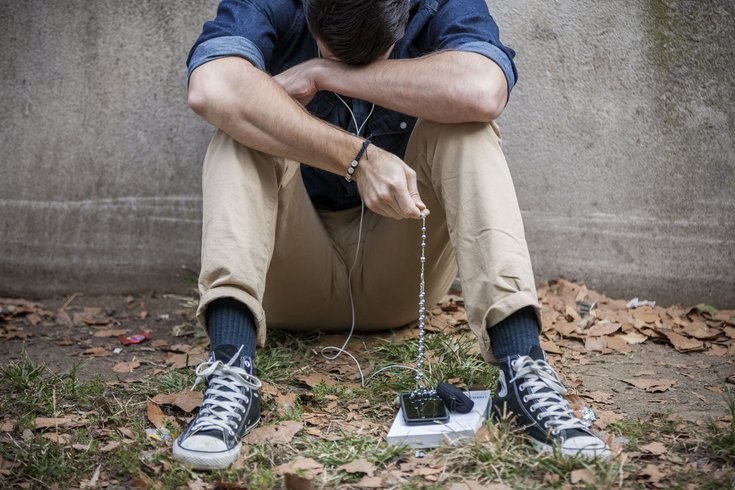 A man with his head down prays the Rosary.

With Passover upon us and the Ascension coming soon, many Philadelphians are celebrating their religions’ ages-old traditions, both sacred and secular. Beyond the usual readings of holy doctrine, however, is how portable, digital technology has taken a role in how we look and listen in to the mysterious ways that God (or Yahweh) works.

When it comes to Fairmount native Crystal Cheatham’s recently launched “Our Bible” app, the idea is to make sacred texts relevant and new – a digital sanctuary safe spot – for LGBTQ audiences willing to pore through the app’s 300 podcasts, devotionals and essays for progressive Christians. Curated by Cheatham – a member of Philly’s Seventh-day Adventist Church – “Our Bible” takes on subjects of sin, social-justice issues, and more with an LGBTQ focus.

“Being gay in one faith is just as stringent as in any other – there is very little wiggle room,” Cheatham told PhillyVoice on Palm Sunday.

She offered examples of gay dating outside the faith and finding churches willing to open their doors to members of the LGBTQ community. Cheatham claims to be “no tech head,” but instead, said she is a smart curator who knows what her flock requires. She has been involved in several progressive/LGBTQ-related digital enterprises, such as the Follow the Red Balloon website and video series that broke the ice of fundamentalist perspectives by discussing the hypocrisy of turning one’s head toward those who are homosexual.

She followed that by creating the IDentity Kit for Queer Christian Youth – a “community center in a box and an outline of how to deal with conservative Christians when they call you an abomination or thrust conversion therapy into the mix as an answer.” She is also the voice of the "Lord Have Mercy" Podcast.

It’s about providing a voice that pushes back against all those who are anti-gay and promote inclusion rather than exclusion.”

Cheatham sought to offer language to Christian youth that didn’t know how to deal with detractors and attackers. Dealing with IDs is what brought her to the "Our Bible" phone app that provides a portable, digital resource to any progressive Christian who wants to find solace, have conversation and rouse faith....or question it.

“Many studies say that Christians and religion, in general, are becoming more progressive – people are less invested in institutions – so the idea of a smart church on the smart phone and at your fingertips is a necessary part of people’s new lives,” said Cheatham.

And Cheatham is getting ready to announce a partnership with another local app creator to identify LGBTQ-friendly churches and pastors.

“It’s about providing a voice that pushes back against all those who are anti-gay and promote inclusion rather than exclusion.”