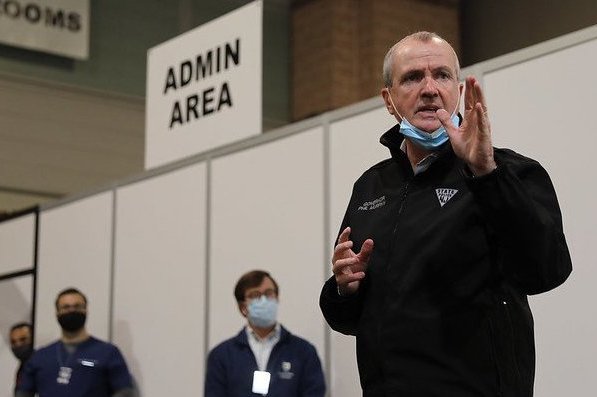 New Jersey officials expressed support to replace the title 'freeholder' with 'commissioner.' The state is the only one in the country that uses the term to describe its county leaders.

New Jersey is the only remaining state that uses the title freeholder to designate its county government officers.

But state leaders seek to cut ties to the "outdated" term – a reference to a time when only white property owners could hold elected office. Instead, they favor switching the names of the states' 21 boards of chosen freeholders to "chosen board of county commissioners."

"As our nation tears down symbols of injustice, we must also tear down words we use in New Jersey that were born from racism," the Democratic leaders said. "It’s past time for New Jersey to phase out the term ‘freeholder’ from our public discourse – a term coined when only white male landowners could hold public office.

"This is not a matter of political correctness; it is a corrective action to replace an outdated designation that is rooted in institutional prejudice."

The last legislative attempt to rename the term was introduced by Sen. Joseph Pennacchio, a Republican from Morris County in 2018. His bill passed the Senate but failed to make it out of the House.

A new bill sponsored by Pennacchio, Sweeney and Sen. Vin Gopal, a Democrat from Monmouth County, is scheduled to be considered by the Senate Community and Urban Affairs Committee on Thursday, according to North Jersey.com.

As our nation tears down symbols of injustice, let us tear down words born from racism.

Proud to stand with @NJSenatePres and @SpeakerCoughlin to phase out the word "freeholder" – coined when only white male landowners could hold office. #BlackLivesMatter pic.twitter.com/ZxbP4yQHQB

The title is an English word dating back centuries and refers to someone who owned debt-free land. It was a prominent term when New Jersey was colonized. At the time, only white men could hold public office.

New Jersey did not limit voting rights based on gender or race between 1776 and 1807 – and there were some women who owned land, according to the Asbury Park Press. But white males were the predominant land owners when the elected freeholder position was established in colonial America.

New Jersey did not abolish slavery until 1804. It was a gradual emancipation that allowed some residents to hold slaves decades afterward.

Additionally, monuments of historical figures with connections to slavery and oppression, like Christopher Columbus, have been torn down Trenton, Camden and other cities.