Gov. Murphy praises officers for marching in solidarity with demonstrators 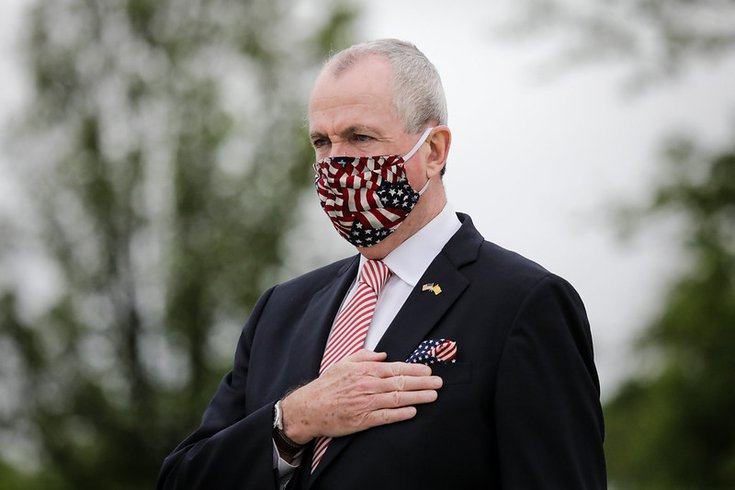 "The pain and fatigue felt by many in our black and brown communities is real and palpable," Murphy said during his daily briefing Tuesday. "It is an experience that many people, myself included, will never know firsthand. It is the pain and fatigue of decades and generations of inequality and systemic racism."

Camden’s protests were among of several that saw protesters and law enforcement join together. Residents and police officers held signs and called for change. Wysocki helped carry a banner reading "Standing in Solidarity" while a police captain led a Camden Strong chant.

On Monday, Murphy called the demonstrations “a transformational moment” and said that it’s time for black and brown communities to be given equal justice.

“The fact that so many people have come forward to fight for the most basic principle of human dignity is a powerful reminder of the black and brown experience in America today," Murphy said. "People with privilege are recognizing the pain of those without.”

He applauded several cities across the state, including Camden, for keeping their peaceful demonstrations from turning violent.

Police officers side by side with protestors in Camden, NJ earlier today


I really REALLY need there to be more talk about what happened in Newark and Camden today. This needs to be an example to the police everywhere else. This is what police are supposed to be doing. Fighting with the people. pic.twitter.com/qVllDrcpFp

Camden also received a shoutout from former President Barack Obama in a post Monday on Medium.

"The overwhelming majority of participants have been peaceful, courageous, responsible, and inspiring," Obama wrote. "They deserve our respect and support, not condemnation — something that police in cities like Camden and Flint have commendably understood."

Five years ago, Obama released the findings of his Task Force on 21st Century Police in Camden, calling the city a "symbol of promise" and praising its police department for fostering better relationships with the community.

Murphy said the peaceful demonstrations are evidence that New Jersey “can be a leader in bringing the change we need.”

Chief Wysocki on the march today, standing together with the residents we serve to remember and honor George Floyd. #StrongerTogether #CamdenStrong pic.twitter.com/UJAjxXkxrx

“The unity we displayed this weekend in New Jersey showed the world that we are ready to be the ones to help lead the way,” Murphy said. “New Jersey is ready to fight the sin of racism and the stain it has left on our state and nation.”

Though protests in Camden and Newark remained peaceful, demonstrations have turned violent in Atlantic City, Trenton and Asbury Park over the last three days.

“We will not let a small number who wish to harm our communities distract us from the greater message,” he said.