New Jersey public schools could soon be required to teach about 9/11, global response to terrorism 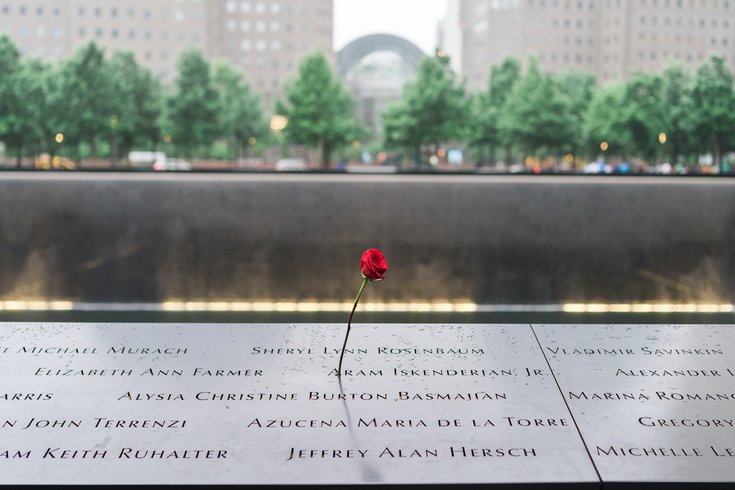 A bill that would require all New Jersey public elementary, middle, and high schools to incorporate teaching about 9/11 and its historical context passed out of the state Senate and awaits voting in the General Assembly.

A bill that would require age-appropriate instruction about 9/11 in K-12 schools throughout New Jersey was passed in the state Senate last week.

Introduced by state Senators Richard Codey and Anthony M. Bucco, the bill would establish a curriculum in public elementary, middle and high schools that teaches about the historical context of the attacks, as well as provide a timeline of events that occurred throughout the day. It is set to be heard in an Assembly Education Committee meeting next month.

"The events that unfolded on September 11, 2001 remain one of this country's darkest tragedies," said Sen. Codey. "In the 21 years since, an entire generation of students have gone through the education system with no personal memory of this day and how life was altered for many Americans."

The curriculum would explore the "heroic actions" of police, firefighters, paramedics and other first responders who assisted in rescue and recovery efforts. Students would also learn about the cultural response, including the outpouring of humanitarian and charitable aid that happened immediately after the attacks.

"Those of us who lived through September 11, 2001 think back to our emotions from that day as well as the impact the attacks had on the lives greater than our own," Sen. Codey said. "Those who lost loved ones, those who were on those planes, in the towers, the first responders; may we never see another day like that again."

Instruction on how to implement charitable, empathetic traits in student's everyday lives would be incorporated. Schools would also be required to present instruction on conflict resolution, as well as diversity and tolerance for people of different religions and cultures.

Additionally, all public schools would need to hold commemorative events on and around Sept. 11 in order to honor the victims each year.

"As we continue forward, we must make certain that schools are educating our students on this tragedy so that they can understand what happened that day and how it has shaped our country," Sen. Codey said. "Additionally, it is imperative that we educate our students on topics related to this day, such as tolerance and diversity, so that they can grow up without the prejudices that arose in many Americans 20 years ago."

Following the events on Sept. 11, 2001, there was an influx of anti-Muslim and other Islamophobic sentiment throughout the United States and in other Western countries.

According to the FBI's Hate Crimes Statistics, anti-Muslim hate incidents were the second-least reported prior to the attacks. However, they became the second-highest reported among religious bias incidents beginning in 2001.

The 9/11 Memorial and Museum has a wide selection of teaching and learning materials for students at all age levels, including those on how to teach tolerance of different religions and cultures in the context of the 9/11 attacks. One of those lessons is available on the museum's website.

Other than New Jersey, Arizona Gov. Doug Ducey proposed mandating 9/11 in its history and social studies curriculum in September.

Although it is not currently mandated, a group of educators in New Jersey launched a 9/11 curriculum in 2011 to teach students about the attacks and how they impacted American life. "Learning from the Challenges of Our Times: Global Security, Terrorism, and 9/11 in the Classroom" was developed over three years and was released in time for the 10th anniversary of the attacks.

Sen. Codey, a Democrat from Essex County, is confident that the bill will pass the General Assembly and head to Gov. Murphy's desk. He hopes that the curriculum will be able to go into effect as soon as possible if it is passed.