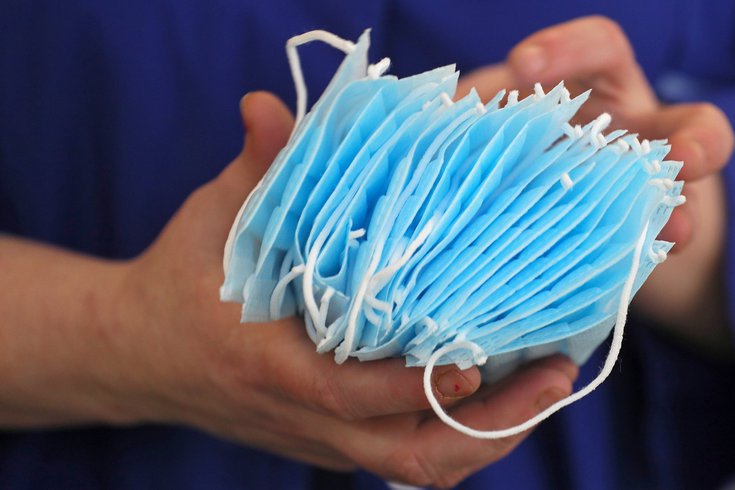 A lawsuit filed by Philadelphia businesses and residents says that the city 'usurped the power and authority' of the state by reimplementing its COVID-19 indoor mask mandate.

But a group of businesses and residents have filed a lawsuit that seeks to prevent the city from reimplementing it.

The lawsuit, filed Saturday in Commonwealth Court, argues that the city "usurped the power and authority" of the state by putting the mask mandate back in place, the Associated Press reported.

The mandate "imposed a renegade standard unfound anywhere else in the world" and goes against recommendations laid out by the U.S. Centers for Disease Control and Prevention, attorney Thomas King III told the Associated Press.

King was involved in the statewide lawsuit last year that led to the overturn of Pennsylvania's COVID-19 school mask mandate. The state Supreme Court ruled that the Wolf administration did not have the legal authority to reimplement it.

City spokesperson Kevin Lessard did not comment on the lawsuit. But he cited a previous legal decision, saying "the courts once again confirmed that the city has both the legal authority and requisite flexibility to enact the precautionary measures necessary to control the spread of COVID-19."

Philly became the first major U.S. city to reimplement its COVID-19 indoor mask mandate in the wake of rising coronavirus infections and hospitalizations. The change was prompted by a series of metrics in the city's four-tier COVID-19 response level system.

As of Monday, Philly has moved back into the second level, dubbed Mask Precautions, which requires masks in all indoor settings and businesses. That includes schools and venues such as the Wells Fargo Center. COVID-19 vaccine or testing requirements are not in effect.

The city's COVID-19 infection rates and hospitalizations remain far lower than during previous peaks of the pandemic, but the health department adopted the response level system in February to stay ahead of possible surges and provide a set of transparent metrics that inform guidelines.

The city was averaging 183 new COVID-19 cases per day as of Thursday. There were 72 patients hospitalized due to COVID-19.

Philly can return to All Clear, the least restrictive tier, once average new infections per day drop below 100 and hospitalizations fall under 50. Case numbers also cannot increase by at least 50% over a 10-day period.

The CDC currently does not recommend masking in Philly, but the health department said the agency leaves room for the consideration of local conditions.

The city health department's policy changes comes as the BA.2 omicron variant has become the dominant coronavirus strain in the country, accounting for almost 86% of new cases, according to the CDC.

BA.2 is a more contagious omicron variant that spreads about 30% more easily and is believed to be more effective at evading the immune system, according to studies.

BA.2 already has caused a second wave of omicron cases across parts of Europe and became the dominant strain in South Africa, India and the Philippines. Scientists in the U.S. have been concerned that it could cause another spike in infections here because most states have dropped their COVID-19 restrictions.