The new version of the variant only accounts for 4 percent of cases, but it may be spreading exponentially 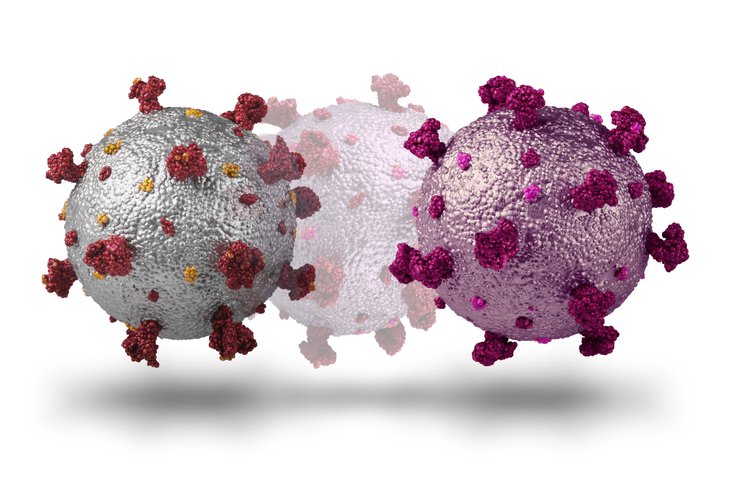 A new omicron strain, known as BA.2, is even more contagious than the original variant. Scientists say it could slow the decline in COVID-19 infections, or even cause another surge.

The latest surge of COVID-19 infections is winding down, but infectious disease experts say a more contagious version of the omicron variant might delay a return to pre-pandemic life.

This omicron strain, referred to as BA.2, spreads about 30% more easily. Early studies also suggest it may be more effective at evading the immune system – making it a stealthier opponent.

BA.2 already has caused a second wave of omicron infections in Denmark and has become the dominant strain in South Africa, India and the Philippines.

In the United States, BA.2 has been slowly spreading while infections caused by the original omicron variant are waning. But it is unclear whether it will pick up enough speed to cause a second wave of omicron infections here.

According to the U.S. Centers for Disease Control and Prevention, BA.2 accounted for about 3.9% % of all new infections nationally as of Monday. But it appears to be doubling fast, Samuel Scarpino, the manager director of pathogen surveillance at the Rockefeller Foundation, told NPR.

"If it doubles again to 8%, that means we're into the exponential growth phase and we may be staring at another wave of COVID-19 coming in the U.S.," he said. "And that's of course the one we're really worried about. We're all on the edge of our seats."

There is still hope that this won't happen due to the number of people with immunity from prior infections and vaccination, some experts say.

Nathan Grubaugh, an associate professor of epidemiology at the Yale School of Public Health, told NPR that BA.2 is more likely to simply slow down the decline in infections.

Yet, even in this less dire scenario, people will still be getting sick and possibly dying. About 100,000 U.S. residents per day are still being infected with omicron. About 2,000 people are dying from it each day.

Infectious disease experts continue to emphasize that people who are not vaccinated are at the most risk for hospitalization and death. So far, data shows that vaccination and prior infection offers some protection against BA.2 – though BA.2 appears to be able to evade the immune system a little easier than the original omicron strain.

The behavior of BA.2 isn't surprising, Eric J. Topol, professor of molecular medicine at Scripps Research, wrote in an op-ed piece for the LA Times. As one wave of infections declines, a new variant arrives on the scene to dash hopes of a return to normalcy.

"Think back to late June 2021, when there was containment of the American COVID-19 pandemic with fewer than 12,000 new cases a day and a total of 15,000 patients in the hospital," he wrote. "There was a declaration of independence from the virus on July 4, just as the delta variant was starting its exponential growth. A major surge ensued, which was followed by yet another one with the omicron variant, peaking with nearly 160,000 people hospitalized and almost 2,700 deaths per day — the most deaths since vaccinations became widely available."

He said the coronavirus is skilled at mutating to invade the immune system, noting there are more than 7 million Americans who are immunocompromised and far more who are not vaccinated, including more than 19 million children under age 5, who are not yet eligible. They could become the unsuspecting hosts of a new mutation.

If BA.2 leads to a surge in infections at the same time most COVID-19 restrictions, including mask mandates are being lifted, a second omicron wave will be very likely, expert say. Scarpino cautioned against opening the country up back up until the full threat of this new strain is determined.