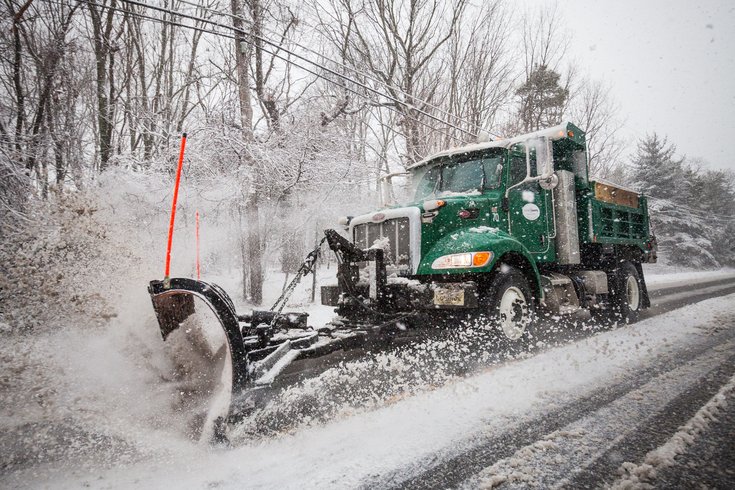 Foresight and prevention are among the most important tools states have to mitigate the effects of weather emergencies. They're not quite as useful when the emergency is imaginary.

Meteorologists in New Jersey are are none too pleased with the state department of transportation's over-aggressive practice of treating roadways for storms that aren't coming.

This is terrible. Dangerous. Reckless. And WRONG. https://t.co/Wqqd4Vn7RQ

There is no risk for dangerous weather today. A little extreme to make the accusation, perhaps... But causing False Public Alarm is a crime in NJ. https://t.co/g5pTrlCtH1

The criticism comes just two weeks after Gov. Phil Murphy deflected criticism for the state's response to a November storm that overwhelmed many parts of New Jersey. In that case, the forecasters were given a side-eye for allegedly whiffing on the severity of the storm.

There appears to be an over-correction going on since then.

@BillSpadea @nj1015 @DanZarrow unnecessary parkway south brining between exit 138-exit 129 with the sun coming out and 37 degrees out pic.twitter.com/j1ofEn1xpW

Fresh Brine on Rt.202 North at 2:15am Just north of Flemington.. Is this necessary @DanZarrow @BillSpadea @nj1015 or just a #wasteofmoney pic.twitter.com/Qk3h2acaWn

About 2 weeks ago #PhilMurphy & #NJDOT had #NewJersey in gridlock over 6” of snow. Today there a plows idling all over the highways/brine being put down over a #Snowstorm which is literally in the state of Maine! This states waste of tax money is unreal!!! 🙄🤯💸 #DeathByTaxes

Very thankful for the brine on the NJTRNPK this morning from exit 10 to 13A. Almost spun out multiple times. Thank You @BillSpadea

Yes, maybe we're having a clearance sale on salt. "We've overbought! Our mistake is your gain. You'll never see prices this low again for salt brine. Stock up now!" https://t.co/nxEW0NHiEK

I'll take a break from throwing shade, and just ask if anyone is seeing snow anywhere in New Jersey. I know the Poconos saw a little action.

So I've gotten a couple reports of flurries. Perhaps that is the new criteria. https://t.co/yFxDzSNvm1

Zarrow later provided some information on changes coming to the New Jersey Turnpike Authority's forecasting services. He mused about whether an open records request would grant him access to the decision-making behind the recent road treatment plan.

Thanks to research assistance from @wxwitten at @WeatherWorks, I found some info about the @NJTurnpike Authority's weather services.

They currently contract with a company called @DTNweatherIntel for forecasting, modeling, and consulting. (They also handle the @PGATOUR.) (1/4)

Side note... Hey @sbichao, do you think the actual forecasts and communications provided for some of these recent non-storms would be #OPRA-able? (2/4)

The NTPA is changing weather vendors at the end of the year, from @DTNweatherIntel to @Iteris. (Who also service @TheMDTA and @VaDOT.) The new 3-year contract will cost NJ $504,276. (3/4)

I haven't been able to find similar RFPs or contracts for the @NJDOT_info state road system.

Who said the preseason doesn't matter?