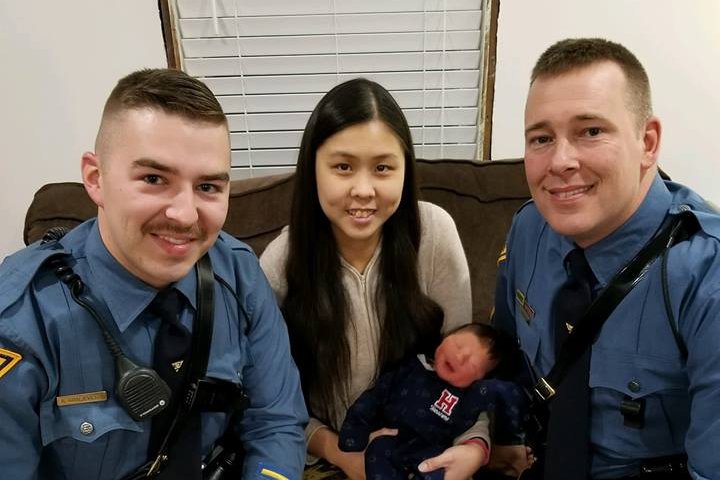 Two New Jersey State Police troopers reportedly delivered a baby in a residence in Sussex County this month after the mother went into labor in the middle of the night.

According to a Facebook post, the mother went into labor at 2:58 a.m. and knew she wouldn't make it to the hospital for the delivery. A friend that was with her dialed 911 and helped the mother while they waited for medical assistance.

RELATED: The former Philly cop with the 'Nazi tattoo' is a police captain down at the Navy Yard now | Traveling to see the Eagles game in London? Make sure you're not booked on this defunct airline | Former Allentown mayor Ed Pawlowski sentenced to 15 years in federal prison

The troopers, Sgt. Michael Verheeck and Trooper Kyle Kraljevich, were the first to arrive at the residence sometime after 3 a.m.

Within minutes, the mother began to delivery the baby and the troopers needed to help before any other assistance arrived. The baby, Hendrix, was delivered successfully and the mother was in good health. The troopers wrapped up the little guy and made sure he had a clear airway while they waited for medical assistance.

Paramedics arrived shortly after and brought the mother and newborn to Newton Medical Center.

This past weekend, the two troopers stopped by again to check in on mom and Hendrix, who are both doing well and recovering.