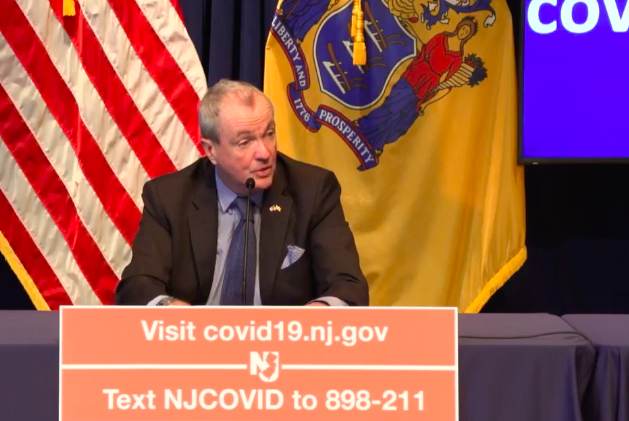 Violators of the state's stay-at-home order could be subject to a $10,000 fine and 18 months in prison, New Jersey Gov. Phil Murphy said.

Anyone who assaults a police officer during the state-of-emergency will be face a maximum penalty of a $10,000 fine and 18 months in prison. Those who make terroristic threats toward an officer will face even harsher penalties.

RELATED: Cops can now issue $100 fines for breaking the stay-at-home order in Philadelphia

The increased crackdown comes as six residents – or “knuckleheads,” as Murphy called them – are facing criminal charges for allegedly spitting or coughing on law enforcement officers while claiming to have COVID-19.

“Let me be clear – we are taking a zero-tolerance policy against anyone who acts so stupidly and puts others in danger or makes them fear for their health,” Murphy said.

Police have broken up several mass gatherings across New Jersey over the last few weeks, including a funeral in Lakewood, Ocean County. In that case, police charged 15 "unruly" individuals with violating the stay-at-home order.

Earlier this week, Murphy indicated harsher penalties could be coming for people who ignore the state's social distancing restrictions. Attorney General Gurbir Grewal had already threatened legal consequences for violators, saying they possibly could be indicted.

“Hundreds of officers across New Jersey are already infected with the virus, which, in many cases, they likely contracted by protecting and serving the public while on the front lines of the battle against COVID-19," he said. "We have zero tolerance for anyone who uses the coronavirus as a weapon or instrument of terror against officers bravely performing their duties during this health crisis.”