Eytan Shander: Everything you need to know about the NFC East this year 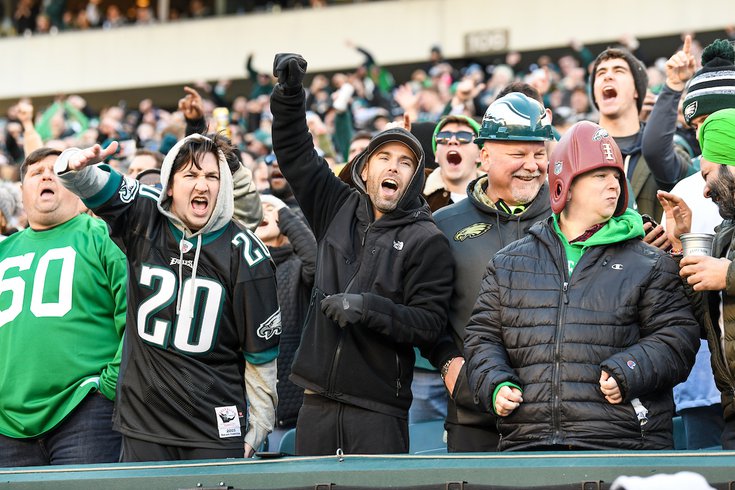 Eagles fans are excited for another chat with Jimmy Kempski.

Navigating the NFC East can be overwhelming at times.

From the champion rotating so much over the past decade to the irritating fans you encounter, it’s enough to induce a headache – if not worse. Fear not, no need to panic, we have you covered this year with a roadmap to the NFC East from breakout player to coaching profiles to most notable fan.

Let this be your cheat sheet for whatever you need to know about the Eagles and the rest of the division. You will never be lost in a bar or twitter argument again. At the end of each team’s recap you will find a grade to represent the entire body of work.

Nick Sirianni is so in command of this division compared to every other head coach that he doesn’t even need to practice. He’s down to 14 total practices this year and blew through Wednesday in under an hour. Why practice when your opposition is a loser in Ron Rivera or a pile of failure representing the shape of Mike McCarthy?

The fact is that Sirianni did more as a coach and leader than anyone else did in this division, including the Cowboys head coach who just kind of happened to be there while a talented group of men made the playoffs. The one key that the Eagles coach can still use better than any other NFC East coach is the run game. Once he opened it up last year the team hit a new stride, and the pressure was taken off Jalen Hurts to make every throw. There’s no doubt the Eagles are poised to return to the postseason. Keeping the team focused while playing to its strengths will be the difference between this coach and the three other pretenders.

There is so much discussion surrounding Hurts and how the QB will play this season. There’s also increased buzz around the offense with a new addition like AJ Brown. Add a healthy Miles Sanders and Dallas Goedert and there’s even more pressure on Hurts to get it right. The one player who should benefit the most from all of the above is DeVonta Smith. The second-year standout can only benefit from Brown’s presence on the field combined with a better Hurts. The run game will only open up lanes for Smith – who is already frustrating defenses.

I love this kid.

Some of you have called me names, others have said much worse. Even more have had some negative or mean thought about me in your head. Maybe we had an “argument” on twitter. Who cares. I love you anyways. That’s what we are, a bunch of Greek city-states that band together when anyone from Colin Cowherd to some egg idiot from Washington, DC gets smart. We are fractioned because we are opinionated. We have North Philadelphia to Delco, Sparta to Athens, warring and arguing over the most mundane BS that’s spewed over the airwaves.

There isn’t anything like rooting for a Philadelphia team, and there is nothing like the dynamic of being an Eagles fan. The level of disagreement to what the disagreement is even about rivals nothing in sports today. There are people inside this very fanbase that you despise but would come to defend if it meant us or “them” (Cowboys, Commanders, Giants). Don’t get me wrong, you’re incorrect about most of the stuff we’ve argued over, but in the case of us being a family, I get along better with you than most of my own.

This will be personal to everyone, so I’ll give me two favorite follows – Erock and Keiana.

The Eagles are the best team in the NFC East and we already told you last week why they can make it to the Super Bowl. They have flaws but nothing that can’t be worked through over the course of the season.

Mike McCarthy may have been part of an experiment, testing just how bad of a coach one can be, and still win a ring with the most talented player in the game. Actually coaching seems to be an issue for McCarthy. He’s in over his head, which is saying something, and continues to be bailed out by his coaching staff, especially on offense. It’s hard to see any true command he has over his team, and I’d pay to see the eye rolls during any halftime speech.

This guy is riding the same damn single he released 11 years ago, and the song sucked then. Truly, outside of Rebecca Black’s “Friday” there may not be a worse one hit wonder than McCarthy over the last 10+ years.

Unfortunately for us and the rest of the division, Micah Parsons is a major problem. Your Dallas hate – or maybe PSU hate – may have blinded you, but this kid was everywhere. He led the team with 14 sacks and 42 pressures. Even ratings-based sites like PFF had him as high as Aaron Donald. He was one of the five best players on defense last year and could easily win defensive player of the year this season.

It’s a good thing for Parsons that McCarthy “coaches” offense.

There is an extra wide gap between the two types of Cowboys fans, one of which we deal with daily, the other is a rarity in our world. Let’s get the easy one out of the way first, the Cowboys fan who actually lives or is from Dallas. The fan who spent their childhood rooting for a team they could easily see every weekend without hitting the red-eye back on Sunday nights. This fan is one we encounter on social media, possibly as the second fan type disguised, but that’s truly the extent of the interactions.

This Cowboys fan from Dallas doesn’t care about us like we do them, as there is no “Eagles Week” or anything remotely close to that. Why do we then have "Dallas Week" and this hatred that reaches the bone?

Because of the second type of Cowboys fan. This Cowboys fan probably isn’t even a real fan of the team. They are more likely self-loathing Philadelphians (Shout out to Anthony Gargano for coining that phrase on the Morning Show) who hate everything about our city. They hate our region. They hate our food, our dialect, they hate what Philadelphia means when it comes to sports. They despise progress and took a year off after the Eagles won the Super Bowl.

How else can this group of Delaware Valley/South Jersey Cowboys fans be explained? There isn’t some mass exodus from Dallas in the 30s that led to a caravan of people making it to Philadelphia. No, they hate us – despite being us, eating the same food, speaking the same dialects, all of it – as evident by choosing a division rival of that caliber to root for in the NFL.

Your uncle - who hasn’t even flown over the state of Texas but swears he’s been a Cowboys fan all of his life.

The Cowboys have talent, they won the division last year and should be a formidable opponent for the Eagles. But they didn’t really get any better this offseason, if anything there were a couple of break-even spots. Having a healthy Dak Prescott is great, but if Hurts takes a step forward, he can rival that with ease.

Brian Daboll makes his head coaching debut with the human turnover Daniel Jones under center. Yeah, it’s that bad for a guy who looked rather sharp in Buffalo. He’s called plays before so there is a leg up with the unknown factor, but that is quickly mitigated by how little he knows his coordinators. None of the three new coordinators have any prior work experience with Daboll. Let’s see how long our old friend Mike Kafka holds up in New York.

I’m not giving up on Kadarius Toney from a fantasy or betting standpoint. The wideout showed flashes as a rookie. It’s just that Jones is so awful that it makes this group of wideouts look even worse. If there’s anyone who can grow into the role of being good enough to overcome the suck of Jones, it’s going to be Toney this year. You could also go Saquon Barkley simply because of him being healthy – for now.

While the Cowboys fanbase is split into some weird dichotomy, the Giants fanbase is going through some serious emotional issues. This is the group that represents one of the most recognizable places on the planet, at times the capital of the world. They had a couple of big wins over Tom Brady and began to run with the whole “Big Brother” thing over Philadelphia. Now that the Eagles turned things around faster than their team, the Giants fan is having trouble computing that they are the little brother in the dynamic. Their boroughs and doughy pizza mean nothing when their team struggles to a .500 record. It’s embarrassing to see this once proud group of fans suffer such an internal meltdown.

Some guy with 15 license plates around his neck.

The Giants are only as good as their quarterback and Bill Walsh couldn’t come back and fix Jones. First year head coaches with new staff around them aren’t the best candidates for breakout seasons. This is going to be a long one up the turnpike.

Ron Rivera is a loser. Not in real life, rather the opposite. He’s overcame and beaten cancer and that’s inspirational. But Rivera is a loser on the field and that’s all that matters here. Ron Rivera is 6-11 straight up at home and added Carson Wentz as his quarterback. It doesn’t matter how amazingly talented their defensive line is if they can’t win games at home. The change at QB does nothing to instill confidence that Rivera is going to change his losing ways at home.

It has to be Chase Young simply because of how last year ended and how rough it was going at the time. Young’s season was cut short after just nine games before he tore his ACL, accounting for just 1.5 sacks at the time. The Commanders offense may hand the ball over to the opposing team so much that Young could be dominant just from a reps standpoint. He will be healthy, and like Parsons, a problem for the Eagles for years to come.

Washington fans are confused and weird. Stay away from them at all costs. They don’t have this overwhelming hatred for us like the Giants or Cowboys, probably because their brain is scrambled from having to remember a new name to root for each year. Washington, DC is more of a transplant city than even New York, so the corporate element is all out of towners. The local buzz exists but they seem to be such a beaten down group, having to either deal with a mess on the field or in the front office. They had the original “Dream Team” with Bruce Smith and Deon Sanders headlining and now have to watch Wentz play football.

This is a desperate group of people, and I don’t want anything to do with them.

This team will finish at the bottom of the division and lose to the Jags in Week 1. It won’t be all Rivera’s fault either, but this offense will be dreadful, and the defense will be exhausted.