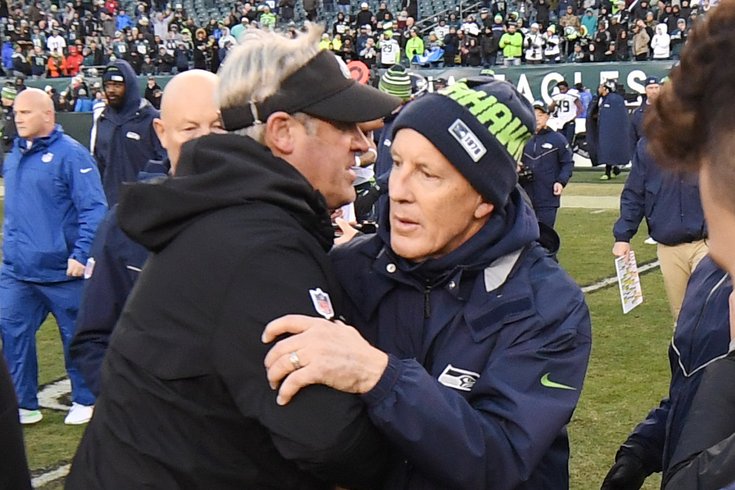 For the gambling degenerates, here are my wildcard round NFL picks. To note, the team logos indicate who I think will win the game, not cover the spread. At the end of the picks, I'll note a few teams that I like based on the spread.

Bills at Texans (-3): Here are the point differentials of every playoff team:

Yep, the Texans are in the red. Deshaun Watson has better numbers at home than he does on the road, but that's perhaps offset by the Bills' impressive 6-2 road record this season. I think the Bills simply have the better roster, and their biggest strength -- their secondary -- matches up well with DeAndre Hopkins, Will Fuller, and the Texans' passing game. The Bills break their string of 24 seasons without a playoff win, and move on to Round 2.

The Patri*ts' offense looks nothing like it has in the past, and the number of turnovers they generated in the beginning of the season was never going to be sustainable. They look average.

BUT, while this Titans team is intriguing behind a suddenly good (?) Ryan Tannehill, the Patri*ts are going to be at home, and their cheating will be in full effect.

Vikings at Saints (-7.5): The Saints-Vikings playoff history is interesting. After the 2009 season, the Vikings and Saints met in the NFC Championship Game, and the Vikings rightfully felt that Saints defenders were purposely trying to injure Brett Favre. For example:

And, of course, it was later revealed that, yeah, they almost certainly were. How Gregg Williams is allowed to continue to have any sort of job in the NFL is incredible, but whatever.

The last time the Saints and Vikings met in the playoffs, this happened:

There isn't much to say about this matchup, other than that the Saints are the clearly better team in 2019, and they're going to have a chip on the shoulder after the way the last one ended.

Seahawks (-1.5) at Eagles: The Eagles head into this matchup, as you all know, with a four game winning streak in four "win or die" games. The Seahawks, meanwhile, began the season with a 10-2 record, but fizzled down the stretch, losing three of their last four games, which included bad losses to the Rams and Cardinals. Momentum is on the Eagles' side, and they'll be playing at home, where their defense has been notably better this season.

The Seahawks have an outstanding, electric quarterback in Russell Wilson, a pair of good wide receivers, and some good linebackers. Beyond that, it's hard to find many things to like about their roster.

Offensively, Seattle seems determined to be a run-heavy team, when their offensive personnel should clearly dictate that they try to win by allowing Russell Wilson to throw to his dangerous receivers. Even with their top three running backs out, and even though they're playing against an Eagles defense that gives up big plays like they're candy on Halloween, I don't think the Seahawks are suddenly going to change their run-first philosophy.

Defensively, the Seahawks (a) are bad against the run, and (b) have struggled all season long to find a consistent pass rush. Carson Wentz and his skeleton crew of skill players have gained at least 400 yards in each of their last four games, and there's no reason to believe they can't move the ball once again against a shaky Seattle D.