AFC and NFC Championship betting advice: Both dogs are live this weekend

It's down to four teams — the Chiefs, Titans, Niners and Packers — but only two can advance to the Super Bowl 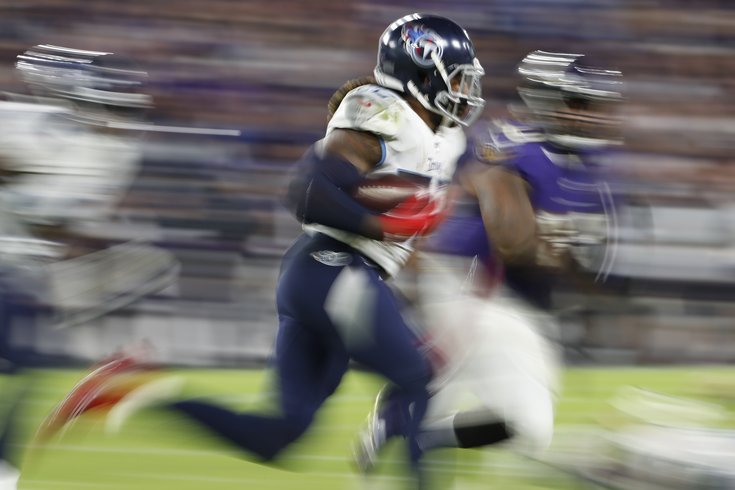 Each Friday for PhillyVoice, Steve Maltepes, known as “The Philly Godfather,” imparts his gambling wisdom on where the smart money is going on various pro football games this weekend. Maltepes is one of the nation’s hottest sports betting experts who appears weekly on national radio and has his own website, thephillygodfather.com.

What is the line telling you: After that incredible 51-point outburst by the Chiefs last week against the Texans, the recreational public can't stop betting Kansas City minus-7.5 over the Titans. As of right now, 65% of all tickets punched are on Andy Reid’s team. The line opened with KC minus-7.5 and is still painted 7.5 offshore and in Vegas, regardless of the top heavy 65% ticket count on the home favorite.

The total has seen a small 1-point move towards the over and has been adjusted from 52 up to 53.

The sharp money is on the Titans plus-7.5. Tennessee keeps outperforming the market in the playoffs, while going on the road back-to-back weeks into Foxboro and Baltimore.

This time around, they head into KC in a game where temperatures should be around 20 degrees, with one of the best rushing attacks we've ever seen in the playoffs with Derrick Henry. This dog is live.

Last time these two teams played, Henry ran for 188 yards and the Titans beat the Chiefs in Tennessee, 35-32. So there's no reason why the Titans can’t have that type of success against a Chiefs defense that ranked 29th overall in opponent-yards-per-rush attempt this year.

Bottom line: Bet the Titans plus-7.5

What is the line telling you: Sunday night oddsmakers offshore opened this line with the 49ers as large 7-point home favorites over the Green Bay Packers, with the combined total set at 44.5. By Monday morning, the sportsbooks were forced to move off that key number of 7 as an influx of money started to hit the screen on Jimmy Garappolo’s squad and pushed the Vegas spread to 7.5.

The over/under has also seen a full two point uptick in the market to where it currently has been stabilized at 46.5.

Moving to the ticket count offshore and in Vegas, the early action is basically split right down the middle at a 50/50 clip.

When we break down these teams, we quickly realize that the 49ers are the much better team in the trenches (both on the offensive and defensive lines), and even though Green Bay ended up with the same exact 13 wins in the regular season as San Francisco, the disparity in point differential was massive (plus-106 points).

With that said, the point spread is the great equalizer and with the lack of experience in the playoffs for Garappolo combined with Aaron Rodgers’ ability to go to the hurry-up and slow down the 49ers’ pass rush, we can see the Packers staying within the Vegas spread of 7.5 and the 49ers winning a close game.

Bottom line: Take the Packers plus-7.5.