Five free agent safeties the Eagles could (should?) consider signing before training camp

There are a few interesting names available 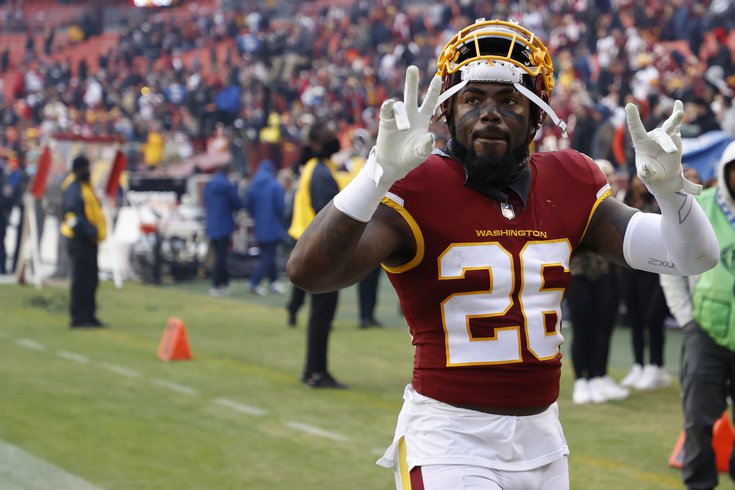 Will the Eagles sign the best safety available before training camp starts?

The Eagles prioritized their offense, linebacking and pass rushing this offseason and seemingly overlooked the cornerback and safety spots.

We already took a look at the cornerback spot, and potential free-agent additions the Eagles might consider. Without a bonafide second starter alongside Anthony Harris at safety, there is a chance the Birds look to free agency to bolster the position before training camp begins. They have around $10 million in cap space, and with several veterans available they could nab a talented player on a team-friendly deal.

If they choose not to bring someone into the safeties room, the team would be heading into 2022 with either Marcus Epps or K'Von Wallace as the starter next to Harris. Does the team feel comfortable with that? Do you? We'll have to see if they do anything to address it in the next few weeks.

Here's a look at five potential vets they could target on the open market:

Collins is a former second-round pick who has made the Pro Bowl three times and is still in his late 20s. After being the model of good health over his first five seasons, Collins was hit with the injury bug during the last two, playing just 20 of a potential 33 games. He has 11 career interceptions and has collected more than 100 tackles four times in his career.

With perhaps the best career statistics of any available safety, Gibson brings a little of everything including good size, ball skills, cover skills, and tackling. In 140 career games — 132 of them starts (for Cleveland, Jacksonville, Houston, and Chicago) — the 31-year-old has collected 27 interceptions and 563 tackles. The biggest knock against him is his age, but there is no doubt the safety room could benefit from a veteran with a track record of success.

Tartt has been a spot starter in San Francisco since being picked in the second round in 2015 and he has shown he can do a little of everything. He has decent size but has battled injuries throughout his career. Still, he is likely considered one of the better available safeties at this point in the offseason and will be cheaper than the two mentioned above him.

Adams was actually an Eagle last season, added to give the team depth as Rodney McLeod recovered from his torn ACL. He never saw the field. Most recently he played for the Bucs and started 18 games for them. He is a solid backup and if the Eagles want to add depth or have an open competition in camp he could be a low-key addition.

A well-traveled vet who has played in NFL games for the Packers, Saints, and Cardinals, Banjo has six starts and 118 games on his football resume. He is most known for his special teams contributions and could bring those to the Eagles while also adding depth in the safety room.