Chuck Clark for Jalen Reagor? The Eagles and Ravens reportedly talked about it

But those talks died down 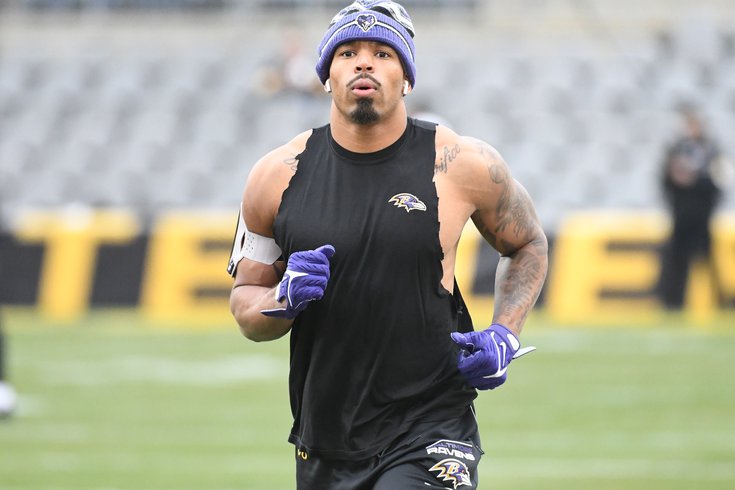 The Eagles and Ravens at least talked about it at the draft last month, per NFL Insider Adam Caplan (via Dov Kleiman), but talks died down.

The #Ravens and #Eagles discussed a trade for Safety Chuck Clark during the Draft, according to @caplannfl

Ravens showed interest in WR Jalen Reagor but the talks died down.

At a glance, the idea would make sense for all parties involved.

The Ravens used one of their first-round picks on Notre Dame safety Kyle Hamilton, and between him, Clark, and free-agent signing Marcus Williams, Clark appears to be the odd man out in the backfield.

The Eagles have Anthony Harris and K'Von Wallace or Marcus Epps as their starting safeties right now, but can definitely go for an upgrade if one's available.

Reagor, meanwhile, would be a reclamation project at this point.

The Ravens do have a need at receiver after trading Marquise Brown to Arizona, but Reagor in his two seasons thus far has failed to live up to his first-round draft status and has often been invisible within the Eagles' offense.

But for what it's worth, GM Howie Roseman did say Reagor was still part of the receiving corps following a post-draft interview with ESPN.

"We talk about the receiver room, we talk about it like a basketball team," Roseman said. "You got a guy like A.J., who's a power forward. Really strong, great play strength, really good with the ball in his hands. [DeVonta Smith] and the skillset he has, route runner, hands, ball skills.

"We got some young guys, Quez Watkins, Jalen Reagor, Zach Pascal, Greg Ward's been here for a long time. Then with our offensive line, with our tight end group, certainly led by Dallas Goedert, and our run game and our quarterback, we hope that it can allow us to take another step offensively and continue to improve."