Is the former first-rounder on his way out? 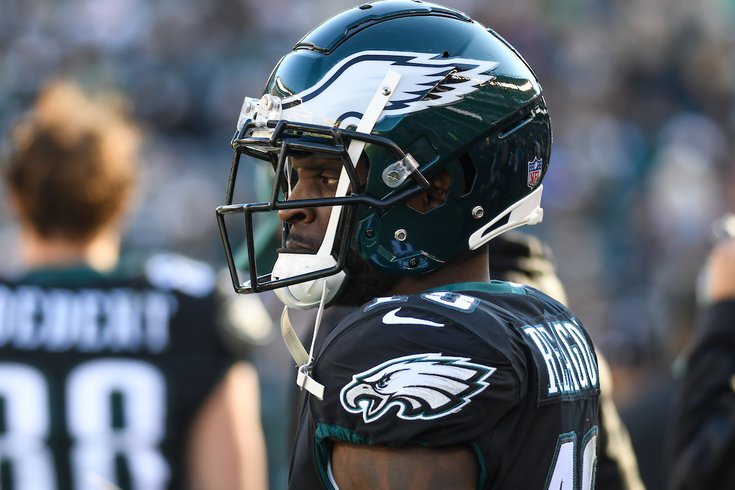 PHILADELPHIA - DECEMBER 26: Jalen Reagor #18 of the Philadelphia Eagles looks on during the game against the New York Giants at Lincoln Financial Field on December 26, 2021 in Philadelphia, Pennsylvania.

Jalen Reagor has fallen way down the Eagles' depth chart, and he doesn't seem to be taking it well.

The 23-year old wide receiver has scrubbed both his Twitter and Instagram accounts of all their posts and blacked out his profile pictures.

His time in Philadelphia may be coming to an end soon.

It seems #Eagles WR Jalen Reagor has deleted all his Twitter posts.

The Eagles made a huge splash on Night 1 of the draft Thursday when they sent the 18th overall pick and one of their thirds to Tennessee for star receiver A.J. Brown.

With Brown expected to lineup opposite DeVonta Smith, the move gives the Eagles a dangerous 1-2 punch at wideout, but leaves Reagor lost in the shuffle.

The Eagles' 2020 first-round pick out of TCU, Reagor has so far failed to live up to the status of his selection. He had just 396 receiving yards and a touchdown in his rookie season, then dropped to 299 yards in 2021, though he did catch one more touchdown.

More often than not, though, he was invisible in the Eagles' offense.

After Thursday night, Reagor is the fifth receiver down on the team's depth chart at best. Smith and Brown occupy the top spots, followed by Zach Pascal, Quez Watkins, and then a coin toss between Reagor and Greg Ward.

There really isn't much of a place for him anymore.

JJ Arcega-Whiteside, another struggling receiving prospect, is being given a try at tight end.