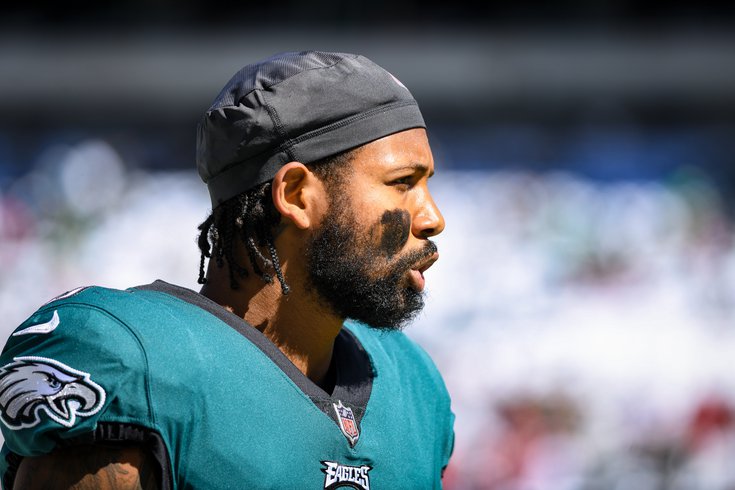 PHILADELPHIA - SEPTEMBER 19: Steven Nelson #3 of the Philadelphia Eagles looks on before the game against the San Francisco 49ers at Lincoln Financial Field on September 19, 2021 in Philadelphia, Pennsylvania. (Kate Frese for PhillyVoice)

Steven Nelson is off the market and now the Eagles are looking a bit thin at cornerback.

Nelson signed with the Texans on a two-year, $10 million deal on Wednesday, per the Houston Chronicle's Brooks Kubena, after visiting the team on Monday.

New: The Texans are signing cornerback Steven Nelson to a two-year, $10 million deal. Lovie Smith said they can't play the type of football they want until they get better at cornerback. They've landed an established, tenured player in Nelson.https://t.co/BUl3CPrU3f

The move gives Houston the veteran corner they've been looking for, and for the Eagles, their current depth chart might hint at what they'll do with their two first-round draft picks in a couple weeks.

Nelson, entering his eighth season, signed a one-year deal with the Eagles last summer and started every game save for the Week 17 finale against Dallas.

In Week 5 at Carolina, he made his lone interception of 2021 late in the fourth quarter to seal a 21-18 Eagles victory.

With Nelson officially gone, the Eagles are left with Darius Slay, Zech McPhearson, and Avonte Maddox as their top corners, and K'Von Wallace and Anthony Harris as their two safeties after Rodney McLeod signed with the Colts.

The Eagles have the No. 15 and No. 18 overall picks in the NFL Draft at the end of the month and were reported to be one of the teams in on Trent McDuffie, a top cornerback prospect out of Washington who is projected to go within the top 20.

In odds released by Bookies.com last month, McDuffie had the best chance at +500 to be taken by the Eagles at No. 15.

With Nelson's departure and the Eagles with a clear need, those odds might have improved.