The Flyers' mascot will be playable in the game's mascot mode, and we're very excited 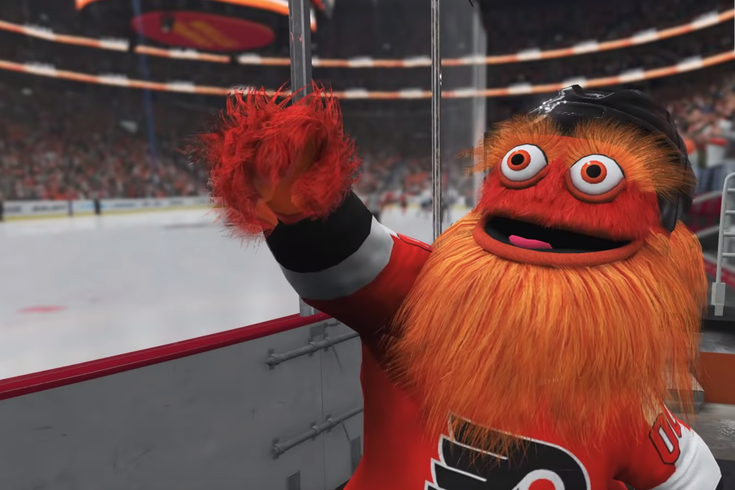 Summer is shuffling along, and the sports video game season is nearly upon us with the release of Madden 20 on Aug. 2 just days away.

On Friday, hockey fans were able to get their hands on the NHL 20 open beta to test out the next entry in the sport's best video game series. Fans and gamers alike are normally focused on a few things: new control schemes, improved graphics, and playing with the most up-to-date rosters.

MORE: Sixers' Mike Scott smokes fan who challenged him to a race on Twitter

This year, though, the main attraction is probably Gritty:

A look at the new presentation, and more importantly, Gritty. #NHL20Beta pic.twitter.com/Q882Tftqkq

Look at him go! They really captured the eyes.

You see, because Gritty was unveiled as the Flyers' mascot in late September last year, 10 days after EA Sports released NHL 19, he wasn't included in last year's edition of the game.

Fans pleaded throughout the season for Gritty's inclusion in a software update, especially because last year's game included a mode where you can play 3-on-3 games of hockey with teams' mascots:

Ultimately, fans had to wait an entire year to see their beloved weirdo mascot in video game form. But now that it's here, we can say it was worth it.

Now, it's time to make Gritty your team's captain and absolutely dominate some mascot games.