Mark J. Austin, 28, allegedly tried to cover his tracks with a story of a trip to Philadelphia 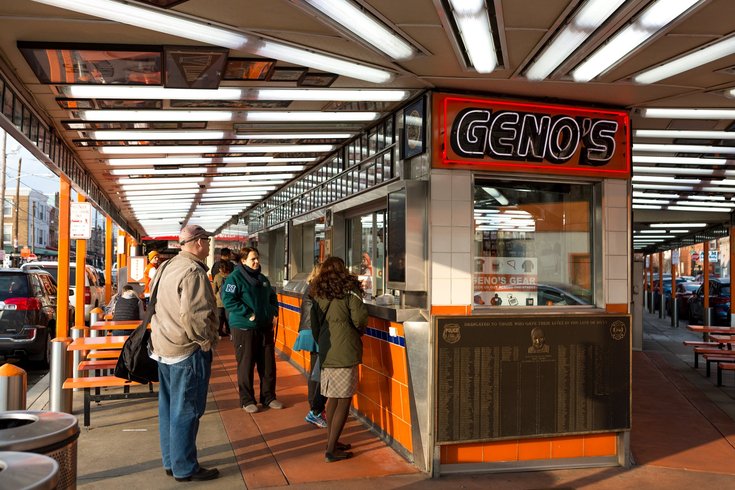 A New Jersey man charged in the brutal murder of his 55-year-old father allegedly texted his father about getting cheesesteaks at longstanding steak spot Geno's in South Philly as an alibi, investigators say.

A New Jersey man charged with the murder of his 55-year-old father had texted his dad, after the man was killed, about getting cheesesteaks at Geno's in South Philly, investigators said.

According to an Ocean County prosecutor, Mark J. Austin, 28, knew his father Mark R. Austin already was dead when he sent the text, and allegedly was trying to create an alibi, the Asbury Park Press reported

The younger Austin is charged, along with his former prison bunkmate Jeray Melton, with his father's homcide, which authorities said took place Sept. 7. Austin was found beaten to death in the Brick Township home he shared with his son, the defendant.

During testimony last month, Austin told a story about taking a trip to Philadelphia on the day his father was murdered, according to NJ.com.

Melton, 27 is alleged to have beaten the 55-year-old Austin at the behest of the man's son, who police said allegedly put a gun to Melton's head and ordered him to kill his father. Melton told authorities police Austin had provided him with the baseball bat used to kill his father.

Police say the deceased Austin owed his son thousands of dollars, according the Asbury PressPress, but a specific motive for the alleged homicide hasn't been identified.

Austin and Melton are charged with murder, conspiracy to commit murder, and weapons offenses.