'What sets Ocean City apart is the experience' 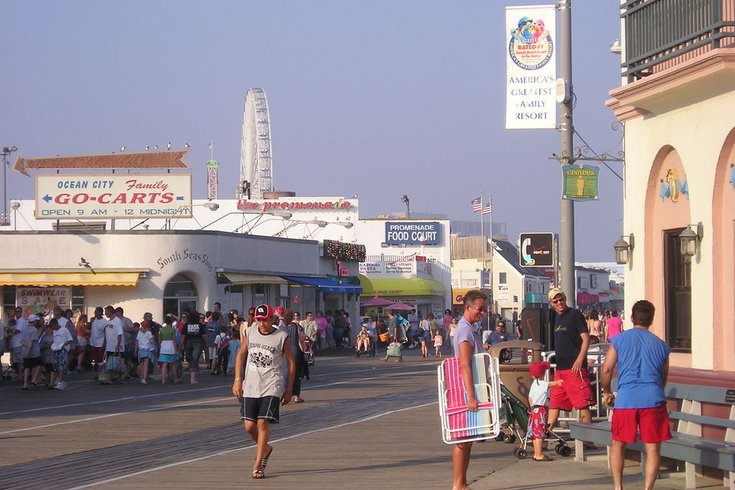 Ocean City has made it to the Final Four in best beaches.

Ocean City is in the Final Four.

Beach bragging rights are on the line.

And some pipsqueak of an island – Tybee Island, with a population of less than 3,000 versus Ocean City’s more than 11,000 year-round residents – with a Johnny-come-lately Beach Bum parade that began nearly a decade after Ocean City’s world-famous Doo Dah Parade – is giving "America's Greatest Family Resort" a real beach battle. After trailing Tuesday morning, Ocean City is now leading by about 1,500 votes.

But, gentle PhillyVoice readers, that's a bit close for comfort. (So vote here!)

Ocean City’s new public information officer, Doug Bergen, is not above a bit of begging and cajoling to make sure the the job gets done.

An email blast by Bergen on Tuesday morning, which may have helped turn the tide, included with some tips on how PhillyVoice could help Ocean City put its thumb on the scales before 5 p.m. Thursday.

Bergen made his case for Ocean City: “There are lots of beautiful beaches included in the contest. But what sets Ocean City apart is the experience, the family memories, the trips to the Boardwalk, the summer romances,” he said.

In a nod to fairness, PhillyVoice reached out to Tybee Island, which has its own lighthouse and is near Savannah, a lovely and historic city.

But then there's that missing hydrogen bomb jettisoned off Tybee's coast in 1958, and never found, so there’s that to consider, too.

Tybee's website’s last-posted press release is from August 2011, so we tried the old-fashioned way of getting information: We called the city’s mayor, Jason Bueloterman.

The part-time mayor, a high school teacher, weighed in a day later.

He said Tybee is unique in that it is "a true community" filled with shrimpers and teachers," not just vacation homes. He also said development is limited and nothing is allowed to be taller than 35 feet.

But he also said one of the strongest draws is the the historic and beautiful town of Savanna is just 15 minutes away.

Assuming Ocean City can hold on, it would face either Huntington Beach, California or the Indiana Dunes on Lake Michigan in a matchup for the America's best beach.

A final call is set for midnight April 3.