A public hearing and final vote on the proposal to raise prices is scheduled for the shore town's Oct. 20 council meeting 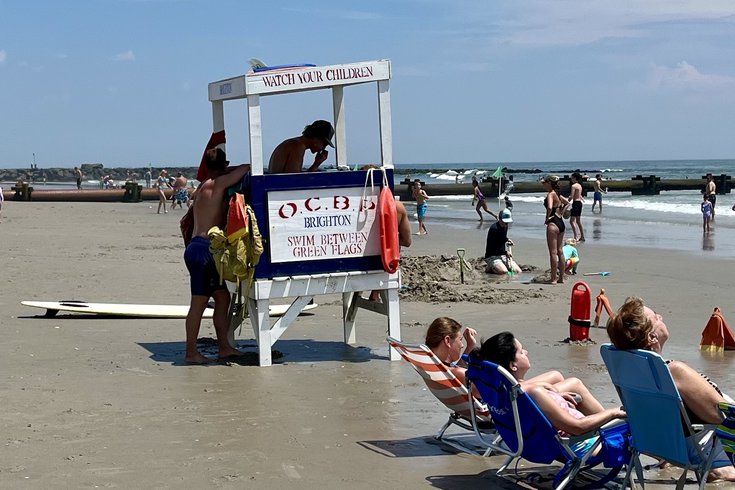 Ocean City daily and weekly beach pass prices could double next season, with seasonal passes increasing by $10, to help cover rising costs to maintain the beaches. The city council voted unanimously on Thursday to raise prices and a public hearing and final vote on the proposal are scheduled for Oct. 20.

A trip to the beach in Ocean City, NJ, is about to get a bit more expensive.

The city council for the Jersey shore town voted unanimously, 7-0, on Thursday to raise prices for seasonal, weekly and daily beach tag prices starting in 2023, OCNJ Daily reported. At the Oct. 20 council meeting, a public hearing and final vote on the proposal are scheduled.

The cost of seasonal passes in Ocean City has not increased since 2011, and daily beach tag prices have not gone up since about 2002, the Press of Atlantic City reported. A need for the price increase stems from the cost to maintain the beaches continually rising, Council President Pete Madden said.

Expenses include salaries and wages for lifeguards, trash collection and morning beach raking. The lifeguard contract is up for negotiation, and it always goes up according to Madden.

In New Jersey, beach tag sales are supposed to cover the costs for running the beach. During the 2021 season, Ocean City took in an all-time high $4.2 million in beach tag revenue, and the proposed increase in price is expected to generate between $5.2 and $5.3 million.

Ocean City expected to take in $4 million from beach tags in the 2022 season, but ended up bringing in a little under that.

"Our expenses lately have been exceeding that, which is why we're revisiting beach tag costs," said Frank Donato, Ocean City's finance director.

Recently the city has put additional money into beaches for the installation of mats at beach entrances.

Furthermore, a contract for $21.5 million has been awarded to Great Lakes Dredge & Dock Company of Oak Brook, IL, for periodic beach replenishment to reduce damage from coastal storm events like Hurricane Ian.

A partnership between Ocean City, the Army Corps’ Philadelphia District and the New Jersey Department of Environmental Protection will allow the sand placement project to occur on the beaches between 14th Street and Seaview Road. The project is estimated to begin in November.

Despite the unanimous council vote on Thursday, there was a reluctancy amongst council members to approve the increase in fees and a worry from residents that it could make Ocean City less accessible for families.

“We’ve tried for as long as we could not to do this. We’re at a breaking point,” Councilman Bob Barr said.

Barr suggested the council revisit the uptick in prices next year if it negatively affects the city's tourist industry or local businesses.

Ocean City's increase in prices to $35 seasonal, $20 weekly and $10 daily will keep it in line with other nearby beach towns.

Generally speaking, beach tag prices skew higher at North Jersey beaches compared to those in South Jersey, with seasonal prices for several beach towns in the upper part of the state breaching $100. The highest price for a seasonal beach tag in New Jersey is $150 in Deal, Monmouth County.