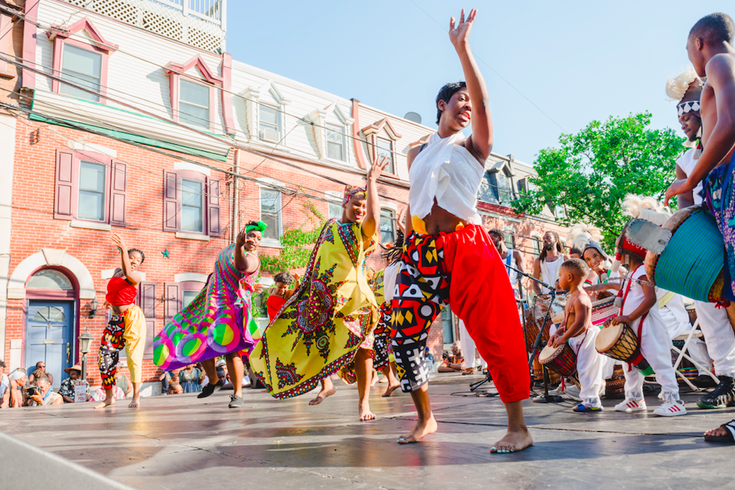 After two years of virtual programming due to the COVID-19 pandemic, the Odunde Festival is set to return to South Philadelphia on June 12. Odunde is the largest African American festival in the United States, and will include live performers, food and arts vendors from 10 a.m. to 8 p.m.

The Odunde Festival, the largest African American street festival in the country, is returning to South Philadelphia after two years of virtual programming due to the COVID-19 pandemic.

The signature outdoor event is being held in person on June 12, with four days of additional programming beginning on June 8. Odunde is known for its live performances, food and vendors selling artwork, textiles and handmade jewelry. The festival spans 15 city blocks surrounding 23rd and South streets.

The celebration kicks off on Wednesday, June 8, with Lois Lunches, a free lunch giveaway in honor of Odunde founder, Lois Fernandez, who died in 2017.

Other events leading up to the festival include a head-wrapping and food tasting soiree on June 9, two business roundtables on June 10-11 at Temple University, and a VIP reception ahead of the big event.

The all-day festival officially kicks off at 10 a.m. on Sunday, June 12, with a procession on the South Street Bridge. Festival-goers will throw flowers into the Schuylkill River as a spiritual offering to Oshun, the Yoruban river goddess.

More than 100 vendors will be spread across South Street, between 20th and 24th streets, selling handmade goods like textiles, jewelry and artwork.

"People have been in their houses, affected by the pandemic," Oshunbumi Fernandez-West, CEO of Odunde, told the Inquirer. "Now they're out, they're here to eat some good food, buy some great museum-quality art, everything."

Since it was first held in 1975, the Odunde Festival has gone from being a small community festival celebrating West African culture and the Yoruban people to an expansive event sprawling days each June.

It has also become a major source of economic support for the city, attracting up to 500,000 attendees each year prior to the COVID-19 pandemic.

The festival has a $28 million economic impact on the city each year, as residents and visitors gather in the streets to celebrate African American culture.

"Bring your family, bring your children, bring everybody — just have a good time," Sheriff Rochelle Bilal told WHYY. "Just note it'll be the safest place in the city when you come down here that week."

For those who can't make it to the festival, Odunde holds workshops and other programming year-round through Odunde365. Some programs include a children's cooking program, summer yoga and other virtual dance and fitness classes.