Nearly one million overdose deaths have been reported since the beginning of the opioid crisis, research finds

The National Center for Health Statistics, a division of the CDC, found a 31% increase in fatal overdoses in 2020 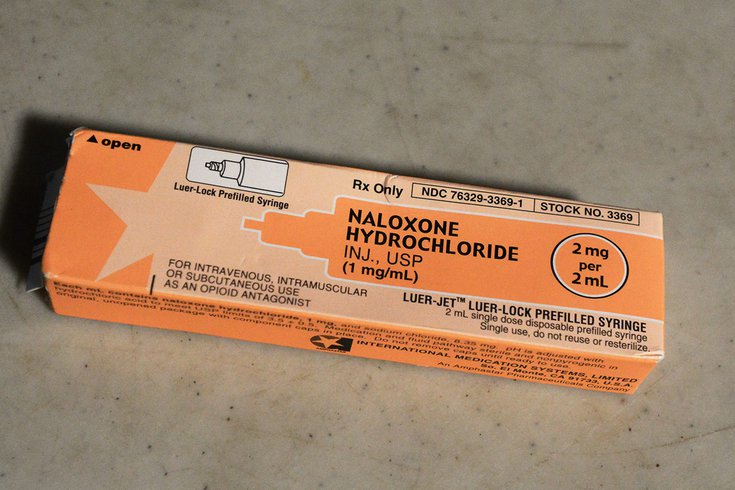 The National Center for Health Statistics found that over 900,000 people died from drug overdoses between 1999-2020, with an additional 100,000 deaths from preliminary research expected in 2021. Pictured above is Naloxone, which is used to treat drug overdoses.

Preliminary research by NCHS predicts that 2021's overdose death rate will exceed 100,000, though those official findings may not be available until later on in the new year.

Rates for males were significantly higher than rates for females across all years, according to the report. Further, the majority of opioid overdose deaths were among those aged 35-44 in both 2019 and 2020, which 22,710 total overdose deaths reported in 2020.

Overdose deaths have increased for all racial groups between 2019 and 2020, though the overdose death rate for non-Hispanic white people exceeded 62,000 in 2020.

Deaths from drug overdose of stimulants—cocaine and other psychostimulants with abuse potential, like methamphetamine—are also seemingly on the rise, with 43,284 total overdose deaths in 2020.

The opioid crisis began in the late 1990s, as doctor's began prescribing opioid drugs on a more intense basis to treat pain. Now, as opioid use disorder and abuse have taken the lives of over 1 million people over the last two decades, lawmakers and advocated alike are attempting to make use of strategies to mitigate the fatal impacts of the epidemic.

This includes the popularization of the use of naloxone, or Narcan, to treat the effects of narcotic overdose. As a pilot program, Narcan vending machines will be installed in South and West Philly, where drug overdose deaths are on the rise.

Other harm reduction strategies, like the use of safe-injection sites—which provide a safe environment for those experiencing addiction to use drugs under medical supervision—have shown effectiveness in both preliminary studies and through their use in Canada and part of Europe, but remain unpopular.

This is particularly true in Philadelphia, where a proposal for the city's first safe-injection site was met with staunch criticism from some residents of the city.