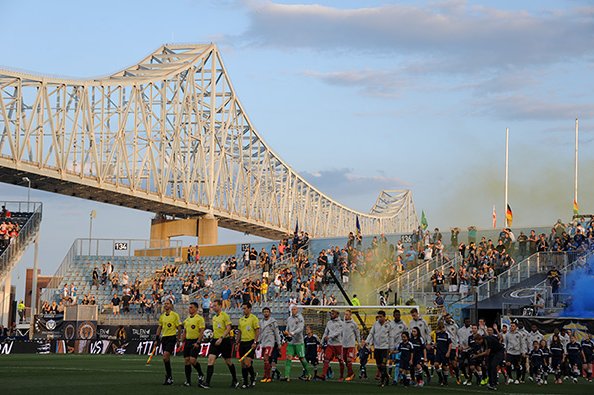 The River End was half-full when the Union kicked off against Atlanta United on Saturday night.

On August 31st, 2017, it feels like the Philadelphia Union community is at a crossroads.

There's little buzz surrounding a team that will soon complete its sixth losing season in eight years of existence. Longtime ticket holders are on the fence with renewal. Casual fans and part-time media are becoming bored with a franchise that shows little ambition in a rapidly evolving domestic league.

The result is a sort of soccer purgatory, where there's just enough interest to keep the lights on at Talen Energy Stadium, but not enough concern to effect real change. The status quo is good enough for an absentee owner who doesn't live in Pennsylvania but has seen the value of his team increase by at least a hundred million dollars in less than ten years. The long-term goal is to develop domestic talent via an academy program that is predominantly funded and operated by a minority owner.

There are no exciting Designated Players and no superstar goal scorers. The head coach has admitted several times that his entire team needs to play well to win a game, while the Sporting Director said that the roster (he assembled) isn't smart enough to learn a new system. And when the team went 15 straight games without a win, both shrugged it off as no big deal.

Does this club deserve your money?

Or is it time for a grassroots-style change?

It's true that the Union might be in division two right now if we had promotion and relegation in the United States, but don't listen to the morons who advocate for that system with myopic Twitter rants and frothy spit-takes about monopolies, Capitalism, and disenfranchising.

The Philadelphia Union is the most organic story in Major League Soccer, a team created by a group of fans who just wanted something to call their own. They didn't bitch, whine, and file lawsuits to get their way, they met at a local bar and created a realistic plan to get it done.

When the struggles on the field crested in 2015, that same group put the CEO's image on a coffin and marched it to the gates of PPL Park in protest.

He was ousted a short time later. 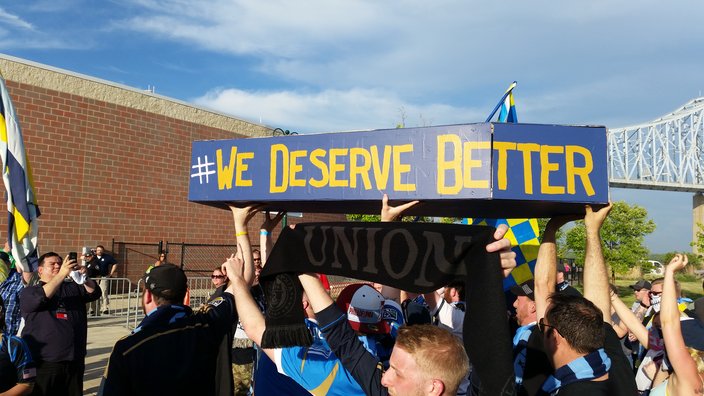 There are organic ways to make a difference, which Union fans proved twice before.

The paying customer is the lifeblood of any business operation.

Nothing happens when you're mostly disgruntled but reluctantly renewing because you enjoy drinking with your friends in an unpaved parking lot.

That's the struggle of the Philadelphia sports fan; you're sticking with your team no matter how shitty they are.

Maybe Earnie Stewart and the YSC staff perform a miracle and develop enough local kids to eventually compete with the likes of Toronto FC and Atlanta United. I like Earnie and I hope he gets it done. I like Tim McDermott and Jim Curtin and everyone down there, people who knew what they were getting into when they agreed to work under Jay Sugarman.

But if they can't figure it out, we're looking at more mediocrity from a team that just isn't doing enough to be competitive in MLS 3.0, or 4.0, or wherever the hell we are right now.

So it's up to you; are you satisfied with an average product?

Or is it time to spend your money elsewhere?