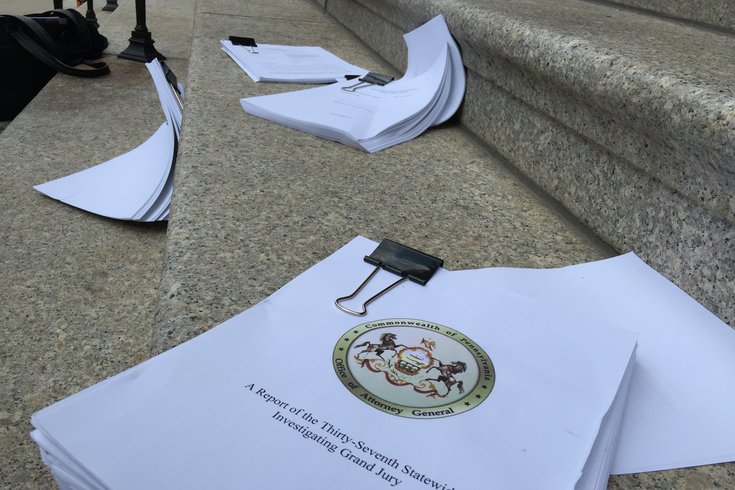 A Pennsylvania bishop has acknowledged a statewide investigation into six Catholic dioceses for their handling of sexual abuse claims.

Allentown Bishop John O. Barres said in a letter to parishioners Sunday the diocese has cooperated fully with the state attorney general's office during the probe.

"The Diocese of Allentown is committed to the protection and safety of the children and young people entrusted to its care," Barres said in the letter.

"Abuse of minors is a grave sin and crime. The Diocese of Allentown has zero tolerance for offenders and, as noted above, reports allegations of abuse to the appropriate authorities."

Earlier this month, it was reported that six Pennsylvania dioceses were under investigation: Erie, Greensburg, Pittsburgh, Scranton, Harrisburg and Allentown. Barres is the last bishop out of those heading the six dioceses to publicly confirm the investigation, according to the Morning Call.

State Rep. Mark Rozzi, D-Berks, said he testified before a grand jury in August and claimed people would be "shocked" by the results of the probe into the Diocese of Allentown.

Rozzi was sexually abused by a priest in the Diocese of Allentown as a child and is in the midst of a legislative battle to push a bill that would extend the statute of limitations for sex abuse victims. Several Catholic organizations, including the Archdiocese of Philadelphia, have fought against that legislation, saying it treats public and private institutions with different standards.

Catholic dioceses have been under increased scrutiny regarding how they handle sexual abuse ever since the 2002 "Spotlight" investigation into widespread child sex abuse within the Archdiocese of Boston.

In March, the state attorney general's office released a grand jury report that detailed a yearslong investigation into child sex abuse within the Diocese of Altoona-Johnstown, recounting stories from hundreds who said they had been abused by priests.

That report found that abuse was covered up by diocese officials and that two bishops that headed the diocese from 1966 to 2011 “took actions that further endangered children as they placed their desire to avoid public scandal over the well-being of innocent children,” according to the Pittsburgh Post-Gazette.