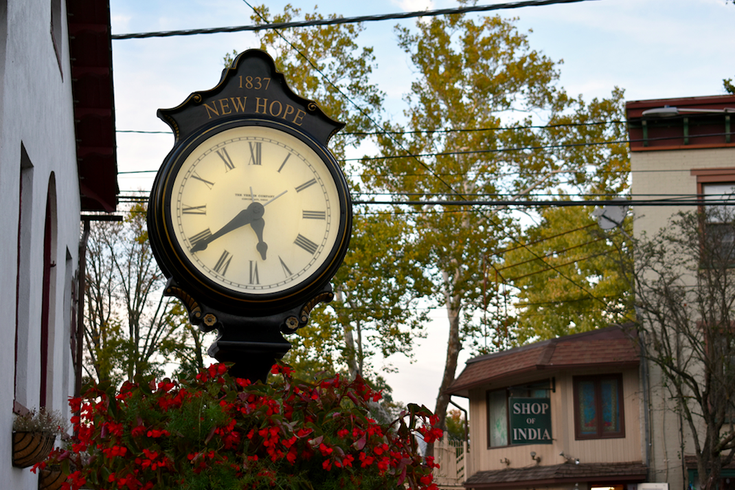 A clock in New Hope, Pa.

Rep. Russ Diamond, a Republican state representative from Pennsylvania’s 102nd District, has decided he’s had enough. Daylight saving time needs to end, the Lebanon County representative said this week, and he’s planning to propose legislation in order to make it so.

Diamond issued a House co-sponsorship memo on Monday asking for support from fellow representatives in his quest to end Pennsylvania’s practice of springing an hour ahead at this time of year and falling an hour back in autumn.

“Daylight saving time, launched during World War I as an attempt to save energy, has outlived its usefulness,” Diamond wrote.

Arizona and Hawaii are the only states in the country which don’t currently observe daylight saving time, along with a few U.S. territories, including Puerto Rico and the U.S. Virgin Islands.

Diamond did not point to the studies he was referencing in the memo. A 2001 study from the Stanford University School of Humanities and Sciences determined there were significant increases in accidents on the Monday immediately following the spring shift to DST, as well as the Sunday of the fall shift from DST when everyone gains and hour of sleep.

According to ABC27, Diamond has so far found six supporters in the House.

Not everyone has embraced the idea:

I don’t usually get political on here, but I will do everything I can to make this this lawmaker’s career goes down in flames #DefendDST https://t.co/3YHv9WpwNg

Diamond, for his part, had tweeted just 21 times in the last 365 days prior to this week. He’s tweeted four times about the issue since March 4, and even tried to start a hashtag to raise awareness: