Pa. lawmaker doesn't vote for months, says he was with kids during divorce 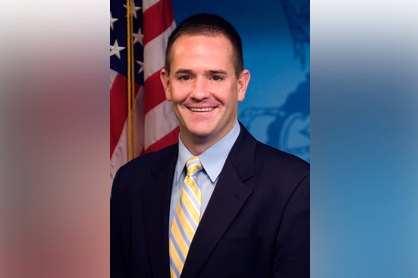 A Pennsylvania lawmaker who hasn't shown up to vote on any legislation for more than two months says the reason for his absence was to be with his children during his divorce.

WNEP reported last week that state Rep. Kevin Haggerty, D-Lackawanna, has missed every vote and committee hearing in Harrisburg since late July. Rep. Mike Hanna, the Democratic Party Minority Whip, told the news station Haggerty hasn't given him a reason for missing a total of 123 votes since the summer.

Haggerty released a statement in response to the report, saying he takes his job "very seriously" and explaining that the reason he didn't show up was to be with his kids while he and his wife split. Via the Standard Speaker:

As a father with young children, I had to make a conscience decision about their lives regardless of how I could be perceived by some of the public. The divorce I am going through started in May and almost immediately after I was away from my children in Harrisburg for almost the entire month of June and parts of July. As a parent you can recognize when your children are struggling and the conscience decision I made to be with them was the only decision I could make.

I am a dad with young kids, going through a public divorce but none of this changes my first responsibility to help ensure their well-being. My staff and I never miss a day of work serving the people of our district, but because of the many concerns I still have for my young kids my presence in their young lives is critical.

In May, Haggerty's wife Jennifer reportedly told police that her husband threw two water bottles at her head during an argument and alleged he had assaulted her in front of their two children on previous occasions.

She filed a protection from abuse order against the representative, but that order was lifted and charges against him were dismissed in August when he agreed not to contact her after she filed for divorce.

Amid a turbulent year for the lawmaker, The Times-Tribune notes that two Democrats have announced plans to challenge Haggerty in the 2018 primaries.