Pa. restaurant under investigation for deer brains on premises 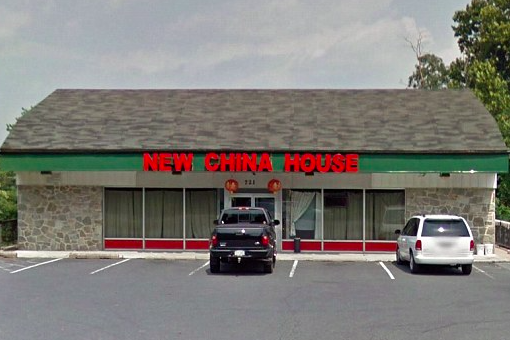 A Chinese restaurant is under investigation by the Pennsylvania Game Commission after inspectors say they found deer heads, brains and unidentifiable remains of other animals on site in violation of regulations that require documentation for game animal meats, among multiple other infractions.

A spokesman for the Game Commission, Travis Lau, told Penn Live that New China House, located on 721 S. Broad Street in Lititz, came under the scrutiny of the Department of Agriculture after a confidential tip pointed officials to the deer brains and other non-compliant meats.

On December 16, an inspector with the Department of Agriculture found 18 violations and confiscated the following items from the restaurant's walk-in cooler and freezer: deer brains, deer heads, skinned and whole tails, legs, muscle meats, spines, necks and other parts that could not be identified, both raw and cooked.

In total, the inspection resulted in the removal of four trash bags, two boxes, three plastic tubs, a five-gallon bucket, and nine trash bags containing prepared foods, some of which will be submitted species identification tests.

The owner of New China House, self-described only as "Chun," said the deer parts were obtained from a butchering house in Elizabethtown and were only intended for personal use in soups and stews, not for sale to the public. The owner's wife also claimed that a pig organ found on December 17 was an ingredient for her lunch.

Lau confirmed that venison can only be sold in restaurants if the owner provides documentation that it was received from an approved source. New China House was not able to provide that documentation at the time of the inspection.

Despite closing during the inspection on December 16-17 due to "gross unsanitary conditions" related to separate violations, a source with the Department of Agriculture said that those conditions must continue to pose an imminent health hazard for a restaurant to remain closed.

As a result of the findings, New China House will remain open but will likely be subject to more frequent inspections beyond the annual requirement.

According to The Daily Mail, New China House has been inspected six times since 2013 and was found in June to be out of compliance due to inadequate knowledge of food safety. Online ordering has been suspended from the restaurant's website.

The full scope, timeline and ramifications of the investigation by the Pennsylvania Game Commission were not disclosed.