Soothing a screaming child with a smartphone seems like an easy fix, but there are long-term consequences

Frequently using electronic devices to end meltdowns distracts young kids from their emotions at a stage when they should be learning to control them, new research shows 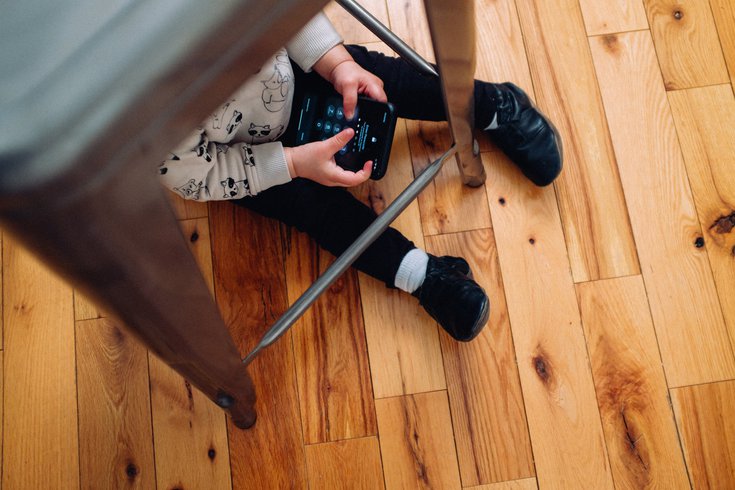 Many parents have turned to their smartphones when seeking to quickly calm a young child having a meltdown. But doing so prevents children from developing critical self-regulating skills, research suggests.

Children who are frequently given electronic devices when they are upset are more likely to have difficulties regulating their emotions, a new study shows.

"Using mobile devices to settle down a young child may seem like a harmless, temporary tool to reduce stress in the household, but there may be long term consequences if it's a regular go-to soothing strategy," said researcher Jenny Radesky, a developmental behavioral pediatrician at C.S. Mott Children's Hospital in Michigan. "Particularly in early childhood, devices may displace opportunities for development of independent and alternative methods to self-regulate."

Children's abilities to self-regulate are influenced by their natural temperaments and personalities. But parents can play an important role in teaching children how to express their emotions in healthy ways by modeling emotional regulation and not using external sources, like electronic devices, to soothe children, psychologists say.

Though tantrums are expected at age 2 or 3, frequent emotional outbursts in older children could signal that they are experiencing emotional dysregulation – the inability to manage one's emotions, especially when feeling sad, stressed, anxious or angry.

Signs of increased emotional dysregulation include rapid shifts between sadness and excitement, sudden changes in mood or feelings, and frequent impulsive behavior.

In the study, the link between device-calming and emotional dysregulation was strongest among young boys and children who already exhibit hyperactivity, impulsiveness and a strong temperament, which make them more likely to react intensely when feeling sad, angry or frustrated.

"Caregivers may experience immediate relief from using devices if they quickly and effectively reduce children's negative and challenging behaviors," Radesky said. "This feels rewarding to both parents and children and can motivate them both to maintain this cycle.

"The habit of using devices to manage difficult behavior strengthens over time as children's media demands strengthen as well. The more often devices are used, the less practice children – and their parents – get to use other coping strategies."

Parents can instead teach their children to find more positive outlets for their emotions, like hugging, listening to music or engaging in physical activity, researchers said. They also can help children understand how they are feeling by naming their emotions. They can encourage problem-solving behaviors, too. For instance, children can be taught to scream into, or hit, their pillows instead of smacking their siblings.

"All of these solutions help children understand themselves better, and feel more competent at managing their feelings," Radesky said. "It takes repetition by a caregiver who also needs to try to stay calm and not overreact to the child's emotions, but it helps build emotion regulation skills that last a lifetime.

"In contrast, using a distractor like a mobile device doesn't teach a skill – it just distracts the child away from how they are feeling. Kids who don't build these skills in early childhood are more likely to struggle when stressed out in school or with peers as they get older."

Another recent study found that too much scream time is associated with a higher rate of obsessive-compulsive disorder diagnoses among preteens. For every hour that children played video games each day, the likelihood that they would develop OCD increased by 15%. And for every hour they watched videos, it increased by 11%

Texting, video chatting and social media use was not linked to a higher risk of OCD, but researchers noted that the children in their study didn't do these activities much.

"Children who spend excessive time playing video games report feeling the need to play more and more and being unable to stop despite trying," said Dr. Jason Nagata, lead author of the study and assistant professor of pediatrics at University of California, San Francisco. "Intrusive thoughts about video game content could develop into obsessions or compulsions."

People with OCD, a common mental health disorder, have uncontrollable, reoccurring thoughts and behaviors. They are unable to stop intrusive thoughts and compulsions, like the need to wash their hands more than necessary. These compulsions and obsessions can become all-consuming, affecting their abilities to perform normal activities, such as going to work or school.

Parents are advised to set clear limits on when and where electronic devices can be used and to monitor closely the content that their children are viewing. The Mayo Clinic suggests encouraging unplugged, unstructured play time and creating tech-free zones, like in the bedroom. Parents also are encouraged to disallow electronic devices at mealtime and when their children are completing homework. It's also helpful to have children charge their devices overnight and outside their bedrooms.

"What people need to remember is the more time that kids are on screen, that means there's less time that they're getting a lot of things that we know are incredibly important for child development, including interaction with adults, sleep, opportunities to read and conversations that are more interactive with nonverbal cues," Mitch Prinstein, the chief science officer for the American Psychological Association, who was not involved in either study, told NBC News.